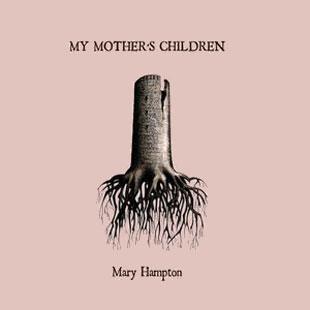 Even before it came out in August 2008, ’My Mother’s Children’ had been getting some pretty positive press with the likes of Eliza Carthy talking it up in April’s fRoots. The cover label suggests that this has continued, quoting various reviews including a 4-star assessment from the Guardian, which described the album as ’mesmerising’. I mention all of this to put the review that follows in some sort of context - as you’ll see, I was less taken with it.

Lyrically, the album is a curiosity. C4 described them as ’poetically mysterious’, and I’m inclined to agree - the meaning can be difficult to decipher at times. However, that in itself is not a problem - plenty of wonderful songs have been built on abstract, obtuse or even nonsense lyrics. It does put more pressure on the musical and vocal side of things though.

Musically, ’My Mother’s Children’ is often quite sparse, with the instrumentation very much playing second-fiddle to the lead vocal, but when it does come forward, the music is probably the most interesting part of the album because of the experimentation going on. Not surprisingly for experimentation, sometimes it comes off ("Ballad of a Talking Dog" is a joy); sometimes it doesn’t (eg "Island", where it just serves to detract from what is one of the better songs on the album). As a result, it is often easier to admire for its audacity and adventure, than it is to actually like.

For me though, the biggest problem is Mary’s voice. It’s not that she can’t sing - she clearly can. However, her voice is fragile, and often sounds close to breaking with a high-pitched, almost squealing edge. I guess more than those in most genres, folksingers’ voices have a tendency to divide opinion and for others this won’t be an issue, but for me the vocals are an obstacle. That said, I’m happy to accept that this could just be a case of musical Marmite.