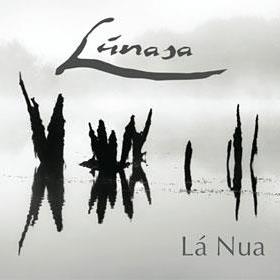 Energy oozes out of every track. Most are sets of three, usually contrasting tunes, using different combinations of the instruments to vary the texture.

The album opens with Ryestraw, a set of tunes guaranteed to get the toes tapping. The next, “The Raven’s Rock” begins with a haunting melody on the whistles, but develops into a pair of lively reels. Celtic links with France are referred to in “Tro Breizh”, named after a pilgrimage which links the towns of the seven founding saints of Brittany, and consists of three Breton tunes. “Fruitmarket Reels” and “Doc Holliday’s”, continue the lively mood of the album at this point.

With “Unapproved Road” and “Island Lake”, the tunes take on a gentler feel, while losing none of the energy that has gone before. “Snowball” picks up the pace again with tunes on the beautiful sound of the uilleann pipes. “Pontevedra to Carcarosa” demonstrates more Celtic links with mainland Europe, this time with two towns in Northern Spain. “The Shore House”, a set of reels, finishes the album off in grand style.

A fine album, and perfect music for those sunny afternoons at festivals.