Elle Osborne - It’s Not Your Gold Shall Me Entice 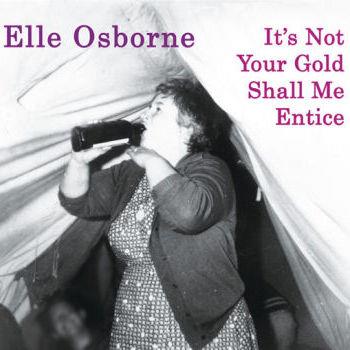 Should there be any danger that modern-day folk releases risk becoming a bit samey and repetitive, albums like Elle Osborne’s come along to prove that is absolutely not going to be the case. Blending folk tradition with avant-garde influences, Osborne has been described as “a cross between Lal Wateson and Nico.” With her strong Lincolnshire accent and unique vocal delivery, her voice might not be deemed beautiful in the conventional sense but it’s utterly enthralling and quite addictive.

Osborne works with some excellent collaborators, too. Renowned folk singer/musician Alasdair Roberts, on bass and backing vocals, is joined by Mike Hastings on guitars and Alex Neilson on drums, the latter two of Scottish folk-rock outfit Trembling Bells. All three provide atmospheric soundscape to Osborne’s singing and lyrics.

This is her third solo album but, perhaps surprisingly, it is the first to feature her own songs. Eight of the nine songs on this album, however, are self-written and Osborne proves herself to be an excellent songwriter and story-teller. Toast, for example, based on a true story, attempts to understand the mind of a gifted but troubled child arsonist who reacts against a life of abuse. “When you’re silenced with violence, and you’re given no chance and no choice. When your brilliant and you’re bored and you’re beaten, fire is your vengeance and voice.”

Unsurprisingly, given Osborne’s upbringing on the North Sea coast, two of the songs, Salt and This Ship is on a List, are tales of the sea. Again, both provide a platform for Osborne’s evocative story-telling and vivid imagery. The one non-original song on the album is the traditional song Come Write Me Down from the repertoire of the Copper Family. In fact, a line from this gives the album its title. The song is recorded with the blessing of the Coppers but Osborne succeeds in making it her own.

The album draws to a close in memorable fashion with a real gem, All One, with its clanging rhythmic sound and its stark but anthemic refrain, sung in Osborne’s characteristic assured yet understated way. It is one of the absolute highlights of the album.

This is a unique album, from a unique singer with a unique voice. It’s delivered with passion, honesty and conviction yet remains accessible and highly listenable. Recommended. 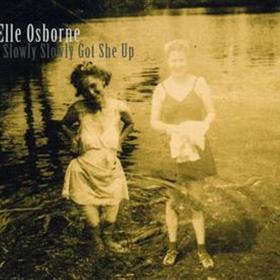 Review
Elle Osborne So Slowly Slowly Got She Up 2011