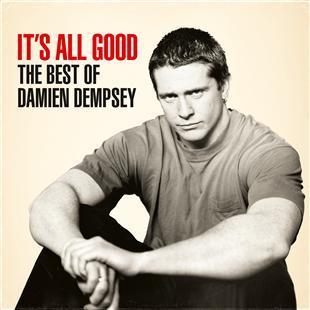 A 29 track double CD featuring the best of an artist who doesn’t seem to have had much mainstream commercial success is quite some package. The Dublin born singer songwriter and former amateur boxer is most noted for his take on Irish traditional song mixed with social comment - essentially continuing the tradition of Irish storyteller.

Having played support slots to U2, Bob Dylan, Bruce Springsteen, Morrissey, Willie Nelson and The Levellers, you’ll wonder why you may never have heard him before. With six albums spread over the last 15 years and bearing in mind he’s also been the recipient of several Irish Meteor Music Awards perhaps he’s one of the Republic’s better kept secrets. Fortunately there’s a wealth of information in Damien’s own words in the CD booklet which go some way to explaining his journey, and quite some journey it is too.

For anyone unfamiliar with his work, a single listen through the slowly building title track with an instantly recognisable breathy cameo from one of his champions, Sinead O’Connor, gives an instant flavour and connection with what he’s all about. Amongst the rest of the album, there’s a lot to take in, both musically and in the inspirations which feed the lyrical content.

It’s a combination of some more easy listening commercial slants with tracks like Negative Vibes, to the subtle Celtic feel of the instrumentation and on to the more traditional roots from which he comes in songs such as The Rocky Road and Kelly From Killan. On Party On, the pipes combine perfectly with the thumping rock rhythm creating a perfect amalgamation of styles and emotion.

Not On Your Own Tonight both lyrically and musically has a feel of the melancholic John Martyn style (incidentally, it’s also the oldest song on the set and being a fair reflection of Damien’s place and time). In fact the album almost comes across as a bit of ’This Is Your Life’ in the way he talks about the track Patience with its reggae/rap tinged feel and how the meeting with producer John Reynolds was to influence his life and songwriting from their chance meeting to his early work on tracks like The City and Community.

For anyone with this sort of pedigree and for someone who the Times have called “the Bob Marley of Ireland”, it may be time to catch up with Damien Dempsey.