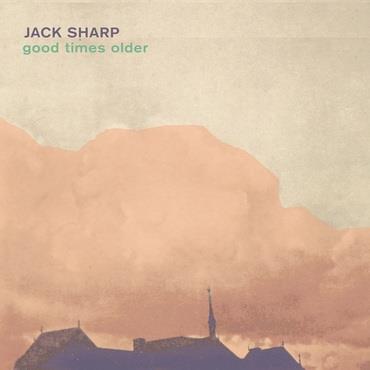 Making his debut album as a solo artist after 13 years as frontman for psychrock outfit Wolf People (as well as, more recently, one-third of Marisa, Jack & Davey), Sharp has delved into the (often highly obscure) folk tradition of his native Bedfordshire, employing (save for the occasional cello and concertina), sparse voice and guitar arrangements for this 11-song collection.

Recorded mostly in just one day, produced by Stick In The Wheel’s Ian Carter and nodding to the folk revival sound of 60s England, the album opens with Good Times Older, a comedic (if rather morosely delivered) lament from 1824 by Thomas Hudson for the march of progress and a yearning for the time when “our grandfathers brew’d stout October/and thought it sinful to go bed sober” and Oxford Street was covered with brambles rather than bricks and mortar.

Maid’s Lament is even more obscure, collected in Bedfordshire by Fred Hamer in his 1967 book Garners Gay (it’s Roud 1074 if you want to try your luck). To a light and breezy tune, the singer lists all the household drudgery chores, but insists “I must go out on Sunday”, presumably not to church.

Soldier Song is one of two originals, a terrific traditional-style number about PTSD sung, troubadour-minstrel style from a female soldier’s perspective about life back home with a dirge-like tune that, embellished by Edwin Ireland’s cello, leans somewhat on The Water Is Wide.

Gamekeeper is, of course, While Gamekeepers Lie Sleeping, though here set to a tune Sharp found in his rummaging through the folk canon and is followed by a sparkling fingerpicked cover of God Dog, a recreation of a medieval folk tale written by Robin Williamson but, other than forming part of the Chelsea Sessions demos, never recorded by the Incredible String Band, rather being given to Shirley and Dolly Collins for their Anthems In Eden album.

Cello returns for the finger picked melancholia of Lacemaker while, striking a livelier and friskier pace, White Hare has Carter adding extra National Steel guitar to proceedings before instruments are set aside to raise a glass for an unaccompanied reading of Jug of This, otherwise known as Ye Mariners All.

While Bedfordshire is the prevalent haunt, Sharp does take a ramble for Northamptonshire Poacher, the tale of an apprentice turned poacher, here taken with a circling guitar melody at a far slower, more reflective pace than that adopted when the “shiny night in the season of the year” unfolds more rowdily in Lincolnshire.

The second of Sharp’s own numbers is Treecreeper, a nimbly fingerpicked song that begins with the titular bird and then takes wing into a musing on life (“starting at the bottom and ending at the grave”), the album closing as he travels much further afield for a courtly, cello-coloured arrangement of May Morning Dew, a traditional Irish ballad, offering an introspective reflection of ageing and mortality.

Like labelmates Belinda Kempster and Fran Foote, Sharp is leading the charge of contemporary young singers who are keeping alive the folk tradition of these isles, reinvigorating the songs without putting them through a contemporary blender. Let the good times older roll. 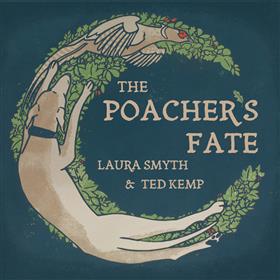