Stick In The Wheel - From Here 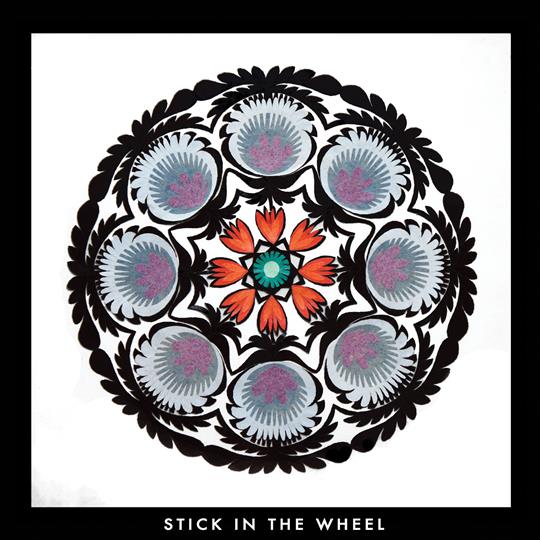 Aiming to connect people to their past and draw parallels with history, Stick in the Wheel’s uncompromisingly gritty and abrasive take on English folk has earned widespread acclaim, awards and nominations through three sold out self-released EPs. The London quintet eschews the polish of modern studios and captures the unadorned rawness of their material by recording in kitchens, living rooms and spaces fitting of their undiluted subjects.

A hypnotic melody follows, as Common Ground warns against the continual erosion of people’s rights. As the song was recorded in a warehouse by night, Si Foote’s percussion can be imagined to be created by beating out the rhythm on assorted pallets and boxes.

18th-century Scottish song Seven Gypsies, tells of men whose sweet singing entices a lady to leave her life of luxury to live in their shed. This version stops short of the accused abductors’ hanging but has the lady choosing the gypsies over her husband. The Blacksmith is another traditional tune, which was collected in early 20th century Hertfordshire as A Blacksmith Courted Me and was later adapted by Vaughan Williams for To Be a Pilgrim.

A sequence of three connected songs begins with Jail Song’s percussion and Ellie Wilson’s jabbing fiddle emulating the monotonous grind of life behind bars, while its chorus makes a fitting work chant for its traditional title of Treadmill Song. A take on Hard Times of Old England demonstrates that life on the outside isn’t much better, before Me ’n’ Becky looks at the London riots of recent years and takes the cycle full circle, as the perpetrators wind up serving time for looting.

After touching on such harrowing subjects as sororicide in Bows of London, the hellish hallucinations of a hapless Bedlam patient and societal shackles via the metaphor of a tethered horse, the album concludes with three atmospheric songs with a new age feel that record a chance meeting with writer Alan Moore, via a procession of lost people, mysterious rituals and the remains of a past culture.

From Here collects songs of and for the downtrodden, with honest, caustic yet poetic lyrics of everyday life that take no prisoners, combined with often sparse but mesmerising music. By positioning traditional selections alongside new material, Stick in the Wheel show that for most people, little has changed over the last few hundred years.

Released on From Here Records on 25th September.

Stick In The Wheel