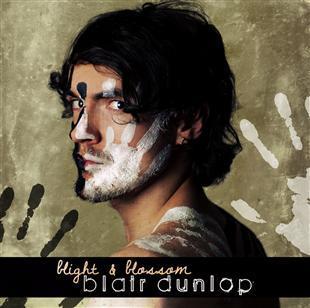 The latest release, Blight and Blossom, from the 2012 BBC young folk finalist Blair Dunlop is light, fresh and vibrant. He mixes jaunty guitar tunes with rich instrumentals and expressive vocals.

The album begins with the track Secret Theatre, which is about the theory that Marlowe wrote some if not all of Shakespeare’s work. It has a slow and steady rhythm and exhibits Dunlop’s wonderfully soulful voice.

One of the best exhibitions of his beautiful vocals is featured on the traditional track Black is the Colour, a duet also featuring Rebecca Lovell. They both sound velvety and luxurious, a sound which is beautifully combined with simple instrumentation making it one of the highlights of the album.

Another highlight is Fallout, which laments the judgements people (usually adults) make about teenage love and break ups. A song of sentiment with great instrumentation, the banjo counter-part is especially good, and was reassuring as it plucked away in the background.

Bags at the Door is fantastic and jogs along with bags of energy, and Seven Brothers, a track written by Richard Thompson, is frightfully atmospheric. Billy in the Lowground is shamelessly cheery and has a wonderful rolling guitar part. There are some tracks which are less catchy, but still exhibit tenderness and delicacy.

Blight and Blossom is upbeat, accessible and cohesive. Which is an achievement made greater by the fact that the majority of the tracks are originals. That fact might put off more traditional folk fans, but should not be held against Blair.

Blair Dunlop is a raising a following which far outstrips his young years. In Blight and Blossom he has created an album which is accessible to folk and non-folk fans alike. He is a musician who will be as popular in the mainstream as he deserves.