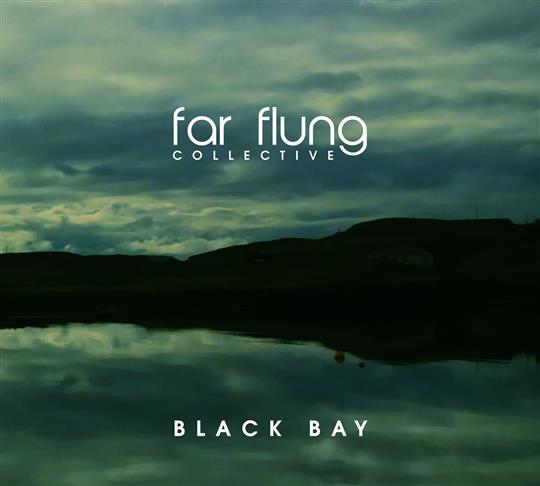 Far Flung Collective is a project by three artists from different corners of Britain: Alex Roberts, Dan Somogyi and Anna-Wendy Stevenson. Their latest release Black Bay is the first result of an exchange program they promoted between schools of their regions, namely Dorset and the Outer Hebrides.

Some of the material they gathered for this album have been composed in collaboration with the children from the schools that took part in this program. The opener Shaggy Baggy Highland Cow is the best example of how the material written by, or in collaboration with, the kids has been arranged with the aim of providing a bridge between two different areas of the country and to introduce folk music to the next generation. The Black Cormorant is one of the most catchy tunes on this album, surprisingly another of the results of the joint forces of the children and the artists.

There are of course plenty of traditional songs and tunes plus a few self-penned compositions like Capflat Astronaut, a song written by Roberts in which the author describes himself at the age of five and his childhood dreams. The collective also provides their rendition of folk classic Spencer the Rover and the bluegrass influenced Three Kisses, a song telling the story usually sung in The House Carpenter but from the point of view of the abandoned child.

The instrumental tracks on this album share a slightly minimalistic approach and could easily all be excellent soundtracks for visual artwork. They all depict images of the nature or the stories of the British Isles: The Black Cormorant and To the Winspit Caves have clear references in their titles whilst The Final Departure is dedicated to all emigrants from this area of the world.

The focus of this album, and the praiseworthy exchange program, is on children, friendship and culture. Far Flung Collective effortlessly manage to portray not only the multiple facets of their transitory world, but also their perception of the timeless and inspirational beauty of the British Isles with their diverse landscapes.

Released on CD and digitally on Far Flung Music on 19 March 2020. Produced by Dan Somogyi, Alex Roberts and Anna-Wendy Stevenson.