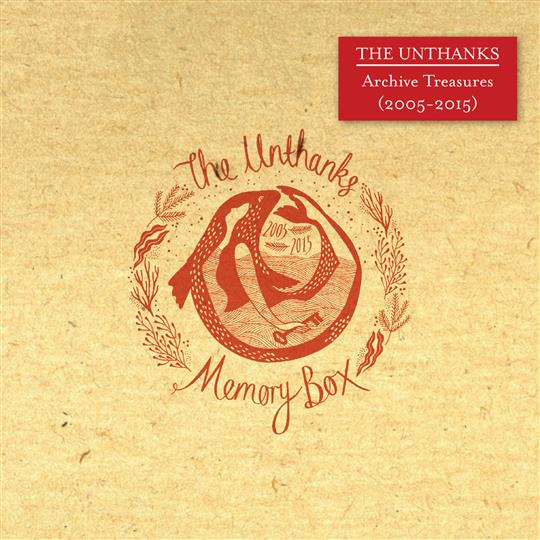 Ten years gone - wasn’t that a particularly poignant Led Zeppelin song? “Though the course may change sometime, rivers always reach the sea” crooned Robert Plant and indeed, The Unthanks’ road has often taken a twist and turn yet as Plant advocates, the inevitable - the resulting quality and class - remains.

Last year’s marvellously expansive Mount The Air saw them shifting gear yet again and anyone lucky enough to have secured a bespoke Unthanks Memory Box - from which this CD is the only item available separately - will have encountered a lasting artefact which typifies the sort of lavish care and attention The Unthanks have applied to their music for the past decade. If you weren’t swift enough to grab a box of notebooks, photos, recipe books, a 7” single and the like, fear not, and grab the jewel in the crown that is this set of recordings.

Comprising a collection of what Adrian McNally has called “a small selection of snapshots” and described as “potential riches”, it’s proved a good enough excuse to tidy up their studio shelves and present something which gathers together some lovely live recordings, outtakes, a couple of radio sessions which fans will have picked up and a couple of interesting curios into a convenient place. Plus there’s also the added little extra (albeit outside the remit for anyone pedantic enough to quibble) of a recording of The Unthanks Family Band from Hartlepool Folk Club in 2000.

Naturally there are highlights upon highlights - the live recordings from the 10 piece band from Newcastle in 2011, including a naturally emotive Gallowgate Lad, would be one particular pick to which fans will gravitate, together with an unreleased live version of Robert Wyatt’s Alfib/Alifie - another nod to the Wyatt catalogue into which they bravely dipped a few years back.

In a similar way, The Unthanks took the bull by the horns in covering King Crimson, a brave move indeed, so it’s not unsurprising, only natural really, that their take on The Beatles’ Sexy Sadie from the Mojo White Album should be included. They have their fingers in so many pies that the breadth of their work across that first decade is quite remarkable. Who could only guess what the future holds?

The Unthanks have always been at the cutting edge - blending meticulous progressiveness (if that’s a real word), jazz and rolling ambient soundscapes, all presented in a sonic palette classed as folk in its broadest sense. Not known for their predictability - the only thing that is for sure is that you’re going to get something which piques the interest and in this case takes the listener into a place where for once The Unthanks deliver exactly what it says on the tin - indeed a treasure.

A retrospective collection of rarities in the form of live tracks, demos and outtakes.
Released 11th December 2015 on Cadiz Music.