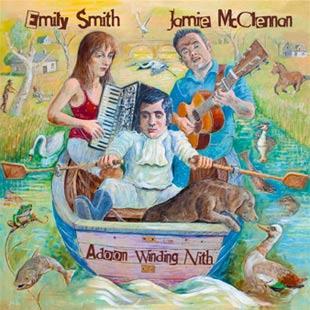 This is a collection of eleven songs from the many written by Robert Burns, Scotland’s national bard and they make for an excellent album that I enjoyed very much.

Emily Smith and Jamie McClennan make an impressive duo and it’s easy to see why Emily won the Scottish Singer of the Year award in 2008. Her strong, clear voice carries the broad Scots dialect of Burns’ lyrics wonderfully well. Jamie is an accomplished and versatile musician, playing guitar and fiddle. Add to this Emily playing accordion, and on one track piano, and they provide a flexible range of accompaniment.

The album starts with the title track which swings merrily along with lively guitar to the tune “The Muckin’ o’ Geordie’s Byre”. Slightly unfortunate as the song celebrates the gorgeous Phyllis!

The next two tracks make a neat pair. “The Silver Tassie” is a moving farewell, a soldier is away to the wars and leaving his sweetheart. It’s a slow, finely picked guitar backing to a regretfully topical song. The second, “A Soldier’s Homecoming”, is a stirring accordion and guitar arrangement carrying the slightly rearranged verses. A good song and bearing in mind the nature of 18th century warfare one can’t help thinking that this is one very lucky soldier to find his newly wealthy childhood love still waiting and he still fit and healthy.

Burn’s lyrics really do have a timeless appeal and all these songs have that in abundance. The arrangements are skilful and thoughtfully done, bringing the songs to life in the present without losing their traditional feel.

Dodging around the rest of the album there are several refreshly direct love songs. In the lovely “Gowden Locks o’ Anna”, which has a gentle piano backing, the mutual appeal is fairly obviously horizontal, as it is in “Lassie Lie Near Me.” This is slightly altered from the original and Emily provides the melody although if you had not read the sleeve notes you would never know.

Each song is unique and never repetitive. The album ends with “A Man’s a Man For a’ That” - one of Burns’ greatest songs. The first verse in sung with no accompaniment then softly joined by the fiddle in the second. Listen to the words, they are still all too relevant. 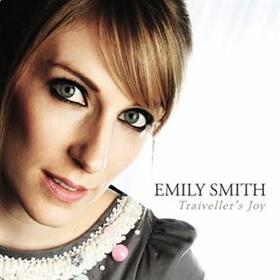