George Stevens - A Toad In The Hand 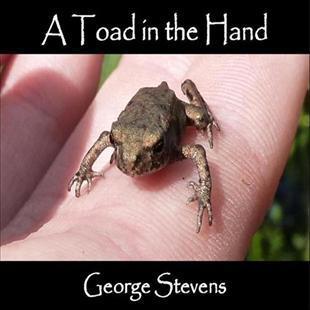 George Stevens’ delightfully titled A Toad in the Hand marks the full-length follow up to his sample EP 3 Tunes, reviewed by Bright Young Folk a year ago.

On the previous recording Stevens played all the instruments himself, building the tunes mainly on bazouki or border pipes with percussion. For this recording, he calls on the services of several guest musicians on violin, loops and keyboard, acoustic and electric guitars and hurdy guitar.

The three tunes from the EP appear here with eleven other tunes in a variety of styles.

Perhaps most striking in their starkness are the tunes which contain just the border pipes. Lament for the Lost (what better instrument for a lament) and Shadows and Dust are much freer in style than the majority of the tunes, which have many layers and tend to use a driving percussive ostinato as a foundation.

Grasshopper’s Lament is much livelier than its title would imply. According to the sleevenotes, it was inspired by a grasshopper’s attempts to escape a lawnmower. Gallow’s Birds has a lilting eastern feel and is driven by Stevens’ trademark percussion style. This is also a feature of Mayfly which sounds like quite a danceable tune - if you can keep up that is!

Flint and Steel is a departure from the driving rhythm motif of many of the other tracks. Here a lovely lyrical fiddle tune weaves its way around the bazouki part. In contrast, Sasha’s Wedding is a a joyous celebratory tune. It has a gently, swaying eastern feel with subtle changes in rhythm altering the pace as the piece progresses.

Of the two bonus tracks, the more noteworthy is Ryton Ruse (Club Mix) with its unexpected vocals. It is a tongue-in-cheek rap on things Stevens finds annoying.

A Toad in the Hand is a fine showcase of George Stevens’ virtuosity as both a composer and instrumentalist. 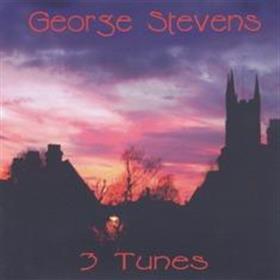