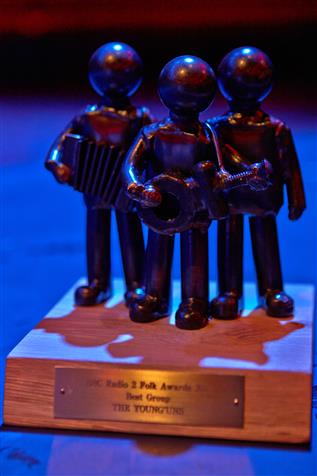 It’s a chilly Tuesday night in March as I sit down to discuss new albums and tours with The Young’Uns. We’re backstage as they support The Unthanks on their UK tour and I find the band all smiles as they reveal new material to brand new audiences every night.

Fast forward three short months and they’ve won over a whole boatload of new fans from their support slot, sold out a multitude of their own headline dates, released the brilliantly received Another Man’s Ground AND picked up a surprise, but wholly deserved, Best Band gong at the BBC Radio 2 Folk Awards.

If you think that sounds breathless, consider that Another Man’s Ground is the trio’s fourth album in just five years. In that short time The Young’Uns have gone from recording faithful renditions of traditional standards, picked up in the folk clubs of their native North East, to releasing self-penned, socially charged songs that litter the new album and its 2014 predecessor Never Forget. Chief songwriter Sean Cooney is keen to tell me how they’ve got to this point:

Sean Cooney: "We’ve been inspired by loads of wonderful stories. We’ve got four or five original songs on the album and a lot of them are about current events and things that are happening in the world at the minute. The story of Farzana Paveen, the young Pakistani woman who was murdered outside a court for marrying without her family’s permission was the inspiration for The Streets Of Lahore for instance. It’s so striking and so horrible that we just felt it needed to be written about." 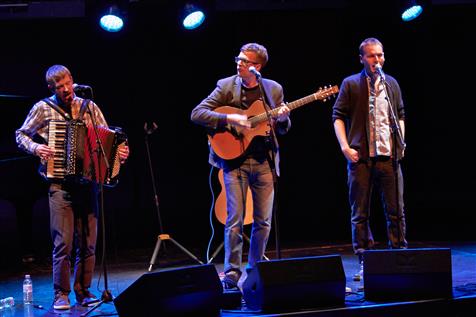 The idea of addressing social injustice in song is something that has crept back into traditional music again over the last few years but there’s a rare art to presenting ideas and opinions through song:

Sean Cooney: "When I first started writing songs 15 years ago I was writing about the war in Iraq but then I got immersed in traditional songs in the folk clubs and recognised how much they had to say in a more subtle way. I suppose it was the last album and dedicating a song to the wonderful Muslims in York who confronted the EDL with biscuits and tea. That was a catalyst as it encapsulates so much of what’s good about Britain and seemed to fit in with what we believe as people."

Sean is at pains to point out that the songs don’t need to be politically charged though:

Sean Cooney: "Singing songs about subjects such as that has nothing to do with politics - it’s about community and fellowship which is what folk music is all about for us." 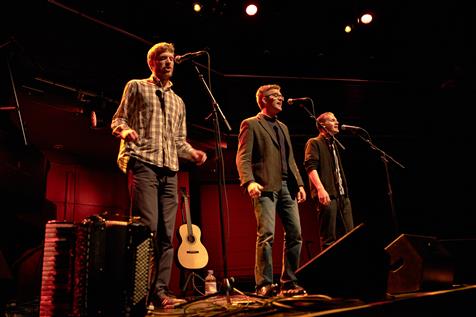 For years folk and traditional music has provided a platform for people to sing about social injustice in a straightforward and thought provoking manner which is something the band are aware of:

David Eagle: "We’re probably doing songs that aren’t going to be written by other people; certainly not in the pop world. These kind of ideas can really be addressed in folk music."

With the new album, one of the most striking things is the artwork that accompanies the record. The band are clearly very excited about the images, which encapsulate just about every subject covered on the record in a very small space. Michael Hughes, he of earthy vocal and guitar twiddling, tells how it came about:

Michael Hughes: "It was done by Katy Coope who’s the daughter of Barry Coope. Loads of people have commented on it and said how poignant it is so we’re really pleased."

Sean Cooney: "She listened to all the songs and then came up with the artwork. She’s a cartoonist first and foremost and that creeps in a little bit which is great." 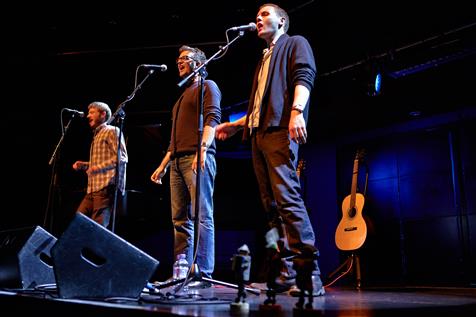 Inevitably, for a group who seem to release records with alarming ease, the conversation turns to future recordings. Is there an endless vault of material that can be plundered?

Sean Cooney: "Recording just seems like a natural thing for us to do. You can easily get stuck in the cycle of recording and touring, then recording, but if the songs are there and they’re ready to go then why not just get them out?"

Michael Hughes: "We only released Never Forget in March 2014 but then by the summer of that year Sean already had another batch of songs. We then have to decide if they’re just there to be played live or whether we record them."

Sean Cooney: "When we’re writing songs about the here and now like You Won’t Find Me On Benefits Street we can’t sit on them for too long otherwise they lose their impact."

It’s impossible to imagine a band like The Young’Uns sitting on anything really. If there was an award for hardest working or most prolific band they’d have probably picked those up as well at the Radio 2 Showpiece. Nicest people would be a shoe in too! The band are clearly cautious about how they approach this new found profile though:

Sean Cooney: "I’m always thinking very deeply about how I word my songs. We’d never want to come across as pompous." 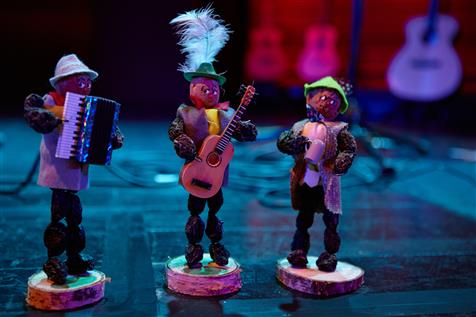 Catch The Young’Uns on tour and at festivals across the summer with further dates and singing weekends to come later in 2015.

24 July 2015 Barnsley: Underneath the Stars Festival 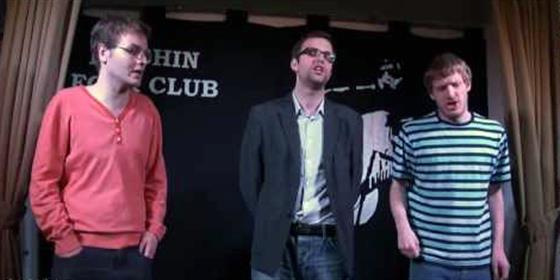 December Sessions Video
The Young’uns sing The Holly & the Ivy 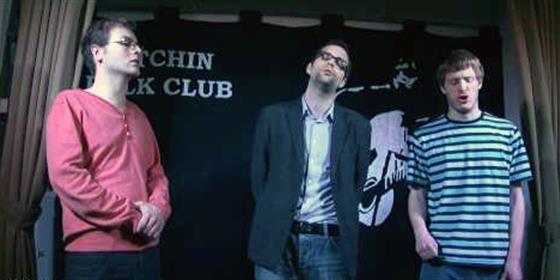