Winners of the 2014 BBC Radio Two Folk Award for Best Duo, Phillip Henry & Hannah Martin have really been making a name for themselves on the folk scene over the past few years. Fine musicianship, dynamic and unique performances and music influenced by many different cultures and genres makes for a truly stunning combination of artists. The duo have been busy performing at festivals and other events up and down the country, but as Hannah and Phillip gear up for their autumn tour and work towards a third studio release, Bright Young Folk brings itself up to date with the duo’s exciting year to date. 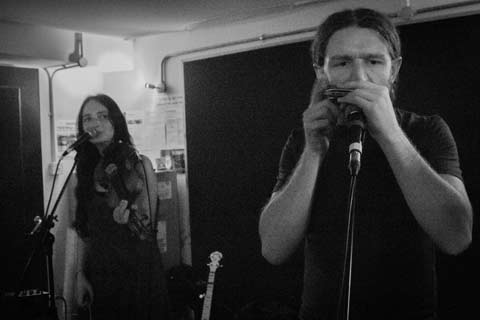 You won the 2014 BBC Radio Two Folk Award for Best Duo earlier this year - congratulations! Which cultures and artists have inspired and influenced each of your musical journeys up to such an exciting occasion?

Hannah: Thank you! I grew up with my parents playing me lots of the folk and folk rock of the 1960s and 70s - Dylan and Baez, Fairport Convention and Steeleye Span. They also took me to Sidmouth Folk Week every year, which furthered my interest in traditional music.

I vividly remember seeing Steeleye Span there when I was very young, and Peter Knights’ violin playing and Maddy Prior’s singing left a huge impression! With each year I discover more incredible music, and I think my taste is constantly broadening - from very traditional English, to Irish and Scottish music, to American folk, Swedish fiddle playing, African singing, dance music.

Phil: Thanks. I grew up in Lancashire listening to Northern Soul and Motown through my parents. In my early teens I was listening to guitarists such as Hendrix, Clapton and Page. As a self-taught guitarist I learned all the classic solos and learned to improvise.

This music led me to the great country blues and gospel artists of the 20s and 30s and this is when I put down my electric guitar and started playing slide guitar and harmonica. At this time I also got into great British acoustic players like Bert Jansch, Davy Graham, John Renborne, Martin Carthy and Martin Simpson and fell in love with traditional music of the British Isles.

Then my musical tastes began to broaden further, I was listening to a great radio show, Late Junction every night and taking recordings of the eclectic show to work with me. I became particularly fond of Indian classical music and later went on to study in India under Pandit Debashish Bhattacharya. I did a music degree in Devon and through hanging around Sidmouth folk week every year became immersed in the English folk scene.

Have you learnt from one another or have your styles remained quite distinct?

Hannah: I’ve definitely learnt a lot from Phil. His musicality is so deep and well developed; he has the keenest ear of anyone I’ve ever met. I think we each have distinct musical voices, but that working together has helped form these.

Phil: Hannah’s unique approach to song writing and harmonic sense have taught me a lot. 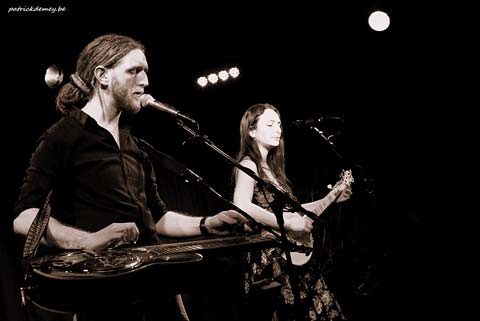 Following your 2014 BBC Radio Two Folk Award win you released your first live album: Live in Calstock. Why record it there and what character did you hope the album would adopt through recording at Calstock with a live audience?

We’d previously done a gig at the Calstock Arts Centre and fallen in love with the magic of the place. It’s very beautiful with great acoustics, and because it’s a historic building the atmosphere seemed to chime with our own sense of rooted-ness. It’s also close to home, and I think the landscape of this area has played an important part in our music so far, so it was good to reflect that.

You were both part of Steve Knightley’s Wake the Union band this summer - has playing with other - prestigious - musicians subsequently influenced your style or repertoire in any way?

Hannah: Playing in the Wake The Union line up was an amazing experience. Growing up as a young folkie in the Westcountry, Steve Knightley and Phil Beer were always heroes. In more recent years, we’ve worn holes in albums by Andy Cutting and Martin Simpson, so working with them was incredibly exciting. I think the whole concept has made me appreciate the links between American and British musics more, and enjoy the process of combining the two.

Phil: Playing with great musicians is always a learning experience, it enriches your musicality.

All of your albums cover a wide breadth of subject areas such as history, folklore, personal experience and social and political conditions. Do you find that you are each drawn to different themes?

Hannah: I don’t think so. We write songs in all sorts of different ways - I do often go away and write something but then Phil will be integral to the eventual realisation; or he might write the music and then suggest a topic for some lyrics; on more recent songs we’ve simply sat down together and jammed and I’ve improvised words until something appears.

But I think it’s important to both of us that there’s a unity of intention behind every part of the music, and I think there are strong unifying themes behind everything we’ve done, despite the wide breadth of subject matter!

Which hold the most importance to you both as individuals and as part of the traditional music scene?

We’ve been working on a new album, and initially we thought it was time to release a collection of more personal songs, which isn’t a theme we’ve explored deeply before. But the further we’ve gone with the project, the more wider social themes are creeping through - we just try to write as truthfully as possible, and so if you feel strongly about something, that’s what you end up singing about. The personal is political. Which we think is an important idea for much of the traditional folk world.

You have tours planned in Norway and Japan, and another studio album in the making - what else do you hope the future holds for the duo?

For the recording of the new album, we’re enlisting the help of two fantastic musicians - Matt Downer on upright bass; and James Taylor on percussion. It creates a whole new sound for us that we’re really excited about, and we’re hoping to be able to take this band out on the road. 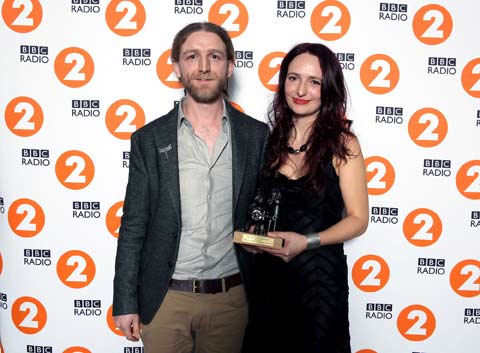