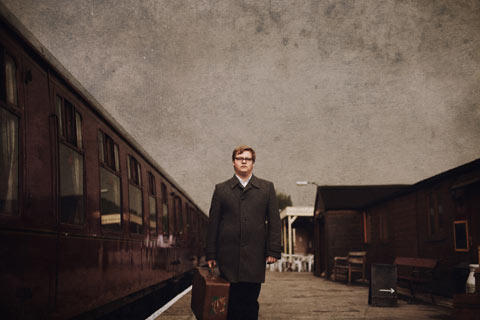 Ollie King is one of those up-and-coming artists who has been floating around on the folk scene for a good long time now. In 2011 he became a New Roots finalist and since then just hasn’t stopped growing. Ollie has now released a much anticipated debut album Gambit where he puts his vast melodeon skills forward.

The album came about from the new trend of Kickstarter which helps to fund such exciting projects through public donations.

As a young melodeon Player, how do you think folk music and traditions appeal to the modern youth?

In my experience, it’s the social aspect of the genre that appeals to people of my age. It’s music you can get involved with. Look around at a festival and have a look at what the young people are doing. They’re either sat around playing tunes, belting out chorus songs, dancing or doing workshops - they’re always doing something hands on. You don’t get that with any other form of music, really.

How did you personally first encounter the genre? And did you want to start playing immediately?

Unlike most people my age, I’m a first generation folkie. I didn’t grow up going to folk clubs or festivals or out Morris dancing. My parents brought me up on a diet of classical music and the occasional classic rock song, so it wasn’t until primary school that I stumbled across this thing called folk music.

We used to have music played when we walked in and out of assembly, one track per week and one genre per month. Most of it passed me by (I was Beatles mad at this point), apart from one track - Portmeirion from Fairport Convention’s album XXXV. It somehow grabbed me, and when the week was over, I asked the teacher in charge of the music (with whom I am still in contact) if I could borrow the CD.

The rest, they say, is history. It was a fairly life changing moment. The following February, Dad took me to see Fairport in Cambridge, and it escalated fairly rapidly from there.

In terms of playing, I’ve been musical since the age of 4, starting with the recorder, then progressing to the trombone (I don’t know why, it was just different - I guess my inner hipster was showing already). As I got more into folk, I really wanted to play the fiddle. My parents weren’t quite that brave, so we settled on the mandolin.

Soon after, I started messing around with Mum’s old guitar. With my folk tastes being more Celtic than they are now, I was mainly playing Irish stuff, and it took me a while to discover English music. I think it was hearing Waterson:Carthy’s Raggle Taggle Gypsys that did it for me; another life changing moment. I loved how utterly English it was, and was really taken with the sound of the melodeon. 7 years later and here we are! 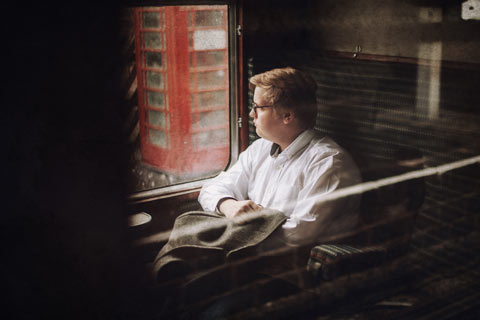 You’ve been active on the folk scene for a few years already and while you’ve guested on a few records, your first solo recording has been anticipated for a while. Why was now the right time to bring it out?

Ha, serendipity really! The album has been a long time coming. We started recording in June 2013. However, both Andy Bell and myself are incredibly busy people, so the whole process has been drawn out somewhat.

We originally tried to get it out at the end of May, but that wasn’t possible, so decided to wait until after the festival season to put it out. This year was due to be my last year at university, but I’m no longer a student, so it turns out that now was a very good time to release the album!

With such an expansive tradition to draw from how did you select what to put on the album?

I chose tracks that I enjoy playing, and that I knew from experience that other people enjoyed listening to. I’ve either gigged or played all the material for a while, so I didn’t but anything together especially for the album. It’s just a snapshot of where I am at the moment musically. 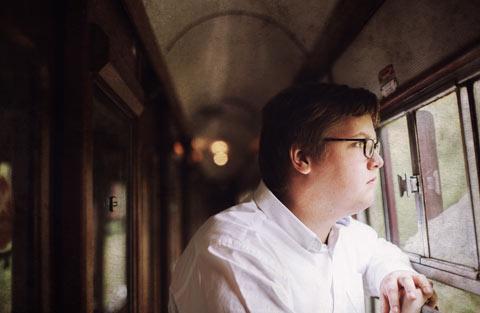 How has your experience as a Morris Dancing changed your playing?

Being a dancer helps an incredible amount, and I’d recommend it to anyone who feels they want to get a bit of extra oomph and life into their music.

Dance is the root of most of our tunes in England; it’s all dance music. Being a dancer helps you connect with that and breathe some life into the tunes. Also, playing for dancing is a joyous experience; seeing people dancing around and having fun, or performing to a very high standard to the music that you’re playing gives you an incredible buzz. I try to think of the dancers whenever I play dance tunes at gigs.

You used a Kickstarter campaign to fund Gambit. How has your experience with crowd-funding been and what made you choose a Kickstarter?

People have been telling me to make an album for a while. A friend suggested I tried doing a Kickstarter to get the money to make one, as there’s no way that I could afford to pay for one off my own back (and at this point record labels weren’t even in the equation). So, one evening, I was sat around the kitchen table in my flat and set the thing up.

This was originally going to be a small scale project, recorded by friends at university, and getting favours from people where I could, so I asked for £1000 to get the CDs produced properly - I was aware that people who I didn’t know wouldn’t take me seriously unless it was professionally done.

After posting it on Facebook, Twitter, and a few Internet forums, I hit my target in 3 hours. To this day, I still find this slightly baffling. By the time the project finished three months later, I was over 300% funded, which just goes to show how supportive the folk scene is to up-and-coming musicians.

For Polperro Bay you say that you and a friend just rattled out the tune from nowhere, do you find you create a lot of tunes this way or is it usually a hard slog?

I rarely sit down with the objective of writing a tune, I feel it forces the creative process too much and can make you think about things too much. I tend to sit down and just play, and eventually a tune forms itself.

Once formed, I often go back to it and edit/refine it, but I always try to make sure it retains its natural feel; I’m not a fan of complex tunes that feel like they’ve been composed. That said, there are some tunes that I’ve been playing around with for a while that I don’t feel are quite ready yet, but I wouldn’t call it a hard slog. 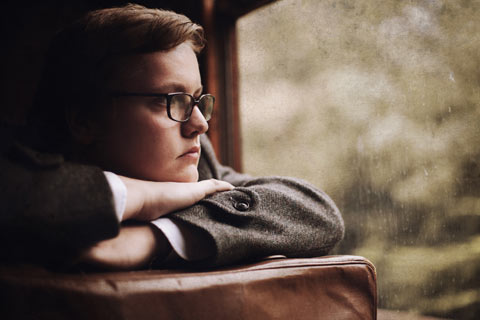 There is a rousing choir in "Round the Bay of Mexico". Can you tell us how that came about?

I really enjoy sing arounds and wanted to capture that sound on the album. To be honest, I just booked a room, created a Facebook event and hoped for the best! Luckily, there are some truly wonderful singers in Sheffield, so I needn’t have worried.

There are some very special guests on the album. Can you tell us how you picked who to collaborate with you, and how did you get them to appear?

I thought about who I wanted to appear on it, and asked them really! I didn’t want to overload the album with guests and make something that couldn’t be potentially reproduced live, but at the same time a whole album of just melodeon playing is a bit much, so I needed something to spice it up a bit.

Fay [Hield] was one of my lecturers when I was at university, and I met Sam [Sweeney] through the folk group that is run there. I love what they do, and there both fantastic musicians, so I asked - if you don’t ask you don’t get! I’ve known of James [Findlay] and Rosie [Hood] for a while, but we first met properly at the Aspire weekend run by EFDSS in April 2013.

James and I occasionally do some duo stuff, as do Rosie and I, so it seemed sensible to ask them to be on the album! I’m very lucky to have been able to work with such brilliant musicians; they really add something special to the album, each in their own way. 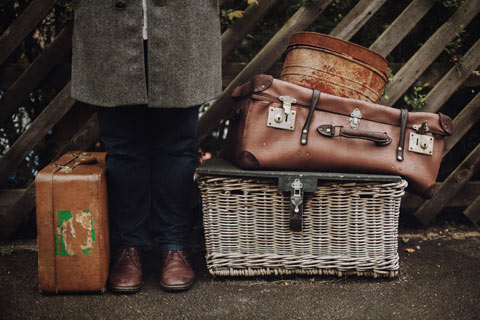