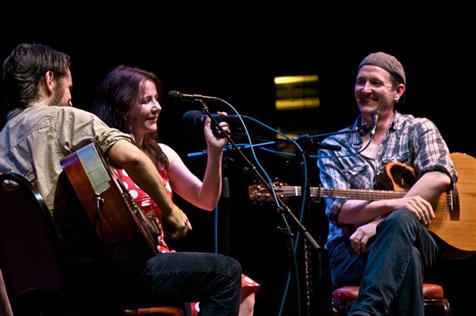 Nuala Kennedy, Eamon O’Leary and John Doyle - three of the finest Irish musicians around on the folk scene today - have joined forces to explore and celebrate together, Irish traditional music and song. Established musicians in their own rights, the trio now go by the name of The Alt and have recently released their début album - featuring a stunning collection of tunes and stories. In light of such an exciting collaboration and release, Bright Young Folk ask the group all about their links with America, recording in North Carolina and about the album itself:

Each of you has already made a name for yourself on the folk scene and are highly respected musicians in your field. What was it that brought you all together and collaborate through The Alt?

Nuala: Each Summer for the past several years, the three of us have been tutors at the wonderful Swannanoa Music Camp in North Carolina. In 2011 I had been touring a little with John and playing alongside Eamon in New York. Myself and John were passionate about starting a traditional group focused on songs and our friend Eamon was a natural fit. 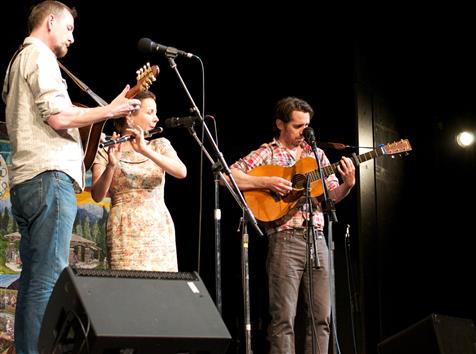 Can you explain the importance and relevance of naming both yourself and your album, The Alt?

John: The Alt has deep ties to the past. Its an area on Knock na Ré, a small but significant hill in Co Sligo where my father’s family come from and where I spent many’s the day. This particular hill dominates the landscape and is part of the myths and folklore of the county. The stories from these particular traditional songs come from the deepest roots of Celtic music. The Alt was, and still is, a place of reflection and has a spiritual connection for many people.

Why was it important to include original compositions and arrangements on the album in amongst traditional ballads and tunes?

Eamon: While all three of us write music at times the focus here was on traditional sources and repertoire; this is the music we have in common - a shared language of sorts.

What it is specifically about the Irish tradition which has drawn you to focus on it - both as individuals and as part of the trio?

Nuala: It was a natural place for us to start as a group - we are each traditional musicians and could play together very easily in that context. We all felt that a lot of attention had been given to the instrumental side of Irish music in recent years and we wanted to contribute something from the vocal traditional. We all love songs, and enjoy writing and collecting. With the trio we wanted to do more than just sit down and play; we devoted a lot of rehearsal time to working out three part harmonies in our own organic way. We are fans of both unaccompanied and harmony singing and for this took inspiration from groups such as The Voice Squad where the song is always central to the performance. And Eamon and John harken back to earlier days of Planxty and Sweeney’s men with their interweaving guitar and bouzouki lines. It’s a rich tapestry when everything is in, but at the same time, there is space and a starkness in the music and on the album which I particularly love.

You are all far from being strangers of the tradition, but has playing together and sharing stories and tunes influenced your direction and development as artists?

John: The beauty of traditional music is that it is a culture of sharing and this project was a great example of that. Although we have all been friends for many years, this was the first time we all came together on such a project. It’s always an energizing experience to play with fellow musicians who happen to be great friends. 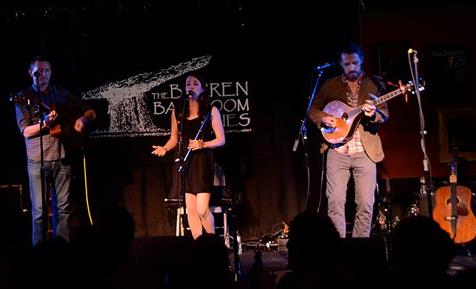 The album is a superb and fascinating exploration of Irish music. Can you tell us why recording your début album in a cabin in North Carolina was so significant in light of this?

Eamon: I think any remote setting would have been good for this type of endeavour, but I’ve always enjoyed my time in the southern mountains and the kinship between the music there and that played back home.

You all have strong links with America, how has playing traditional Irish music whilst being surrounded by a different culture influenced your style?

Nuala: Personally I think it has focused my attention more on the intricacies of Irish music which I might have taken for granted growing up as a child. In the States I am more inclined to seek out the heart of the tradition, its lonesome core. I’m based in Scotland where there is a great spirit of collaboration and exchange between different genres and traditions. There is arguably a more heightened awareness of the entertainment aspects of performance there in relation to traditional music. There is something about the confidence of the Scottish context which allows that to co-exist in a genuine way with the “pure drop” so to speak. But if anything when I am in the States where there is so much emphasis on entertainment in general, I am more drawn to a stripped back, individual traditional style. I want to hear what is at the bare centre of the music. 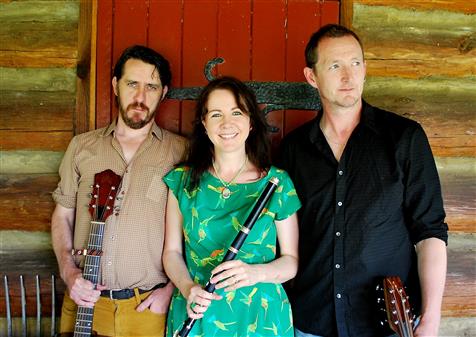 You have all played before both as part of groups and individually, has your understanding of the Irish tradition changed having worked with a number of musicians?

John: I have been fortunate to work with many great musicians from many cultures and musical backgrounds over the years and hope I have learned a little bit from everyone I’ve played with. If anything, I’ve come to love Irish music even more as a result. It is a supremely rich and vibrant tradition and I’m lucky to be a part of it.

The Alt are currently playing to audiences in America, but their album - The Alt - is now available on Under the Arch Records. Do keep an ear out for the musicians heading over to the UK for performances both as solo artists and with The Alt. 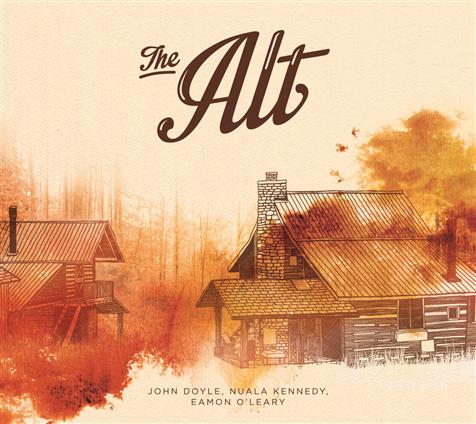