The Longest Johns - Written in Salt 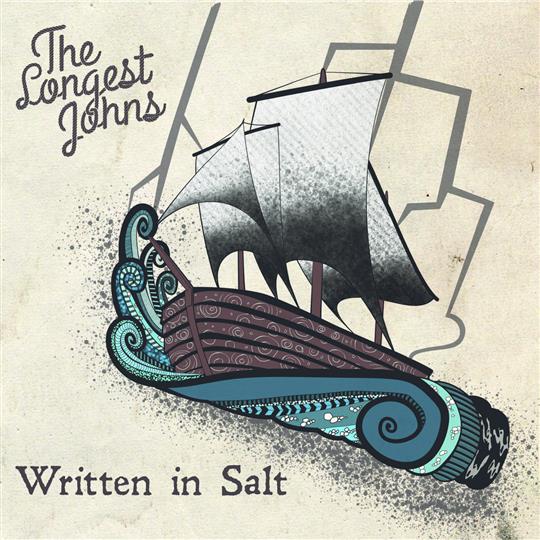 The Bristol-based five-piece are an a capella folk band with a particular emphasis on performing sea shanties. Although they have produced a couple of well-received EPs before, Written in Salt is The Longest Johns’ debut album.

As the album title suggests, a passion for maritime songs is very much at the heart of what The Longest Johns and this album are about. Consisting of thirteen tracks, all are sung a capella, save for a lone instrumental and a spoken-word narrative on the album.

Although the group originally began as a four-piece they expanded to a five-piece in 2015, which allows them to showcase a magnificent vocal range and some wonderful harmonies.

There are some well-chosen traditional shanties on the album including Old Maui, a traditional whaling song; Randy Dandy-O and, rounding off the album is Drunken Sailor, nowadays by far one of the best-known shanties in the entire repertoire, but the group give it a fresh, lively and compelling interpretation.

The Grey Funnel Line sticks with the maritime theme, but rather than being another raucous work song, it gives the band the chance to demonstrate their more mournful side with a song that captures the homesickness and longing for a true love that accompany a life at sea.

This is not just a band that sticks to interpretations of traditional songs and covers, though. The album also features a number of self-penned shanties. Barge Ballad, penned by the band’s Josh Bower, opens the album and in its writing, melody and delivery there is an authenticity about it that gives the song a natural and completely uncontrived flavour.

Written in Salt is a fine debut album from five guys who are able to apply their considerable vocal and creative talents to both revisiting traditional shanties and contributing new ones to the genre.