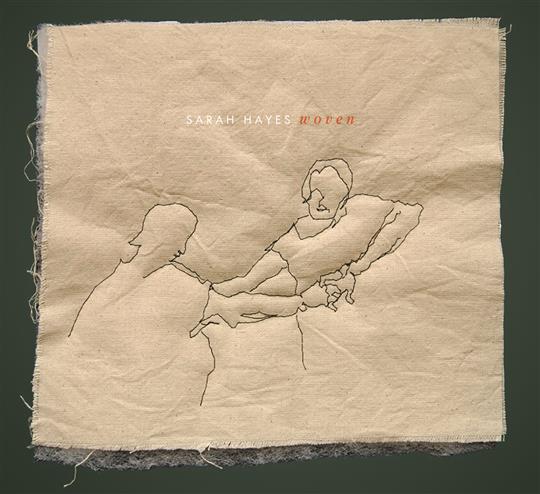 Northumberland-raised and Glasgow-based, Sarah Hayes is perhaps best known for her work as the multi-instrumental backbone of Scottish indie-folkers Admiral Fallow. With Woven, her first full solo album, Hayes has taken a step away from the band she’s made her name with to put together an outstanding set of tunes and songs.

Commissioned in 2014 by Celtic Connections as part of their ’New Voices’ project, the 15 tracks on the album are packed full of tunes and songs that are as evocative as they are beautiful. It’s obvious that the record has been put together with the intention of being listened to as a whole rather than as individual songs as there’s an ebb and flow throughout the whole set that gives off a grand sense of concept akin to a musical stage production.

Tempo and mood change and develop effortlessly from the opening bars of The Fell Line with its gentle piano-led canter, which never lets up as a myriad of other instruments weave in and out before an insistent fiddle and flute combination segue into the gently rolling William & Jumble.

It’s only on the ethereal The Trees They Grow Tall that we’re treated to Hayes’ delicate but powerful vocal, so long the underpinning of the Admiral Fallow sound but now deservedly at the forefront of Woven.

A strong supporting cast has been roped in to provide assistance on the record with the familiar guitar work of Treacherous Orchestra’s Ali Hutton present throughout along with Fiona MacKaskill on fiddle, Mairearad Green on accordion, James Lindsay on double bass and fellow Fallow’er Phil Hague on drums.

Hayes’ Northumbrian heritage is brought to the fore on an intensely realised rendition of Sair Fyel’d Hinny which builds gently but relentlessly before a jarring electric piano leads off into the main body of the song. It’s expertly constructed and brings to mind renowned folk risk-takers such as Lau and The Unthanks.

For those of you who like their folk music to be straight-up trad’ there’s plenty here to get excited about too. Jute Mill, Mill Race and the stunning closer, Irene’s are all out and out toe-tappers and reminiscent of Kan with their perfect blend of new and old stylings.

Overall this is far and away one of the best contemporary folk records of 2015 and along with Ross Ainslie’s latest work, just goes to show what a keen ear the folks at Celtic Connections when it comes to commissioning artists. The past may be evident in the songs and themes of Woven but its composer and creator is very much a part of the present and most importantly, the future. An absolute triumph!