The Doomed Bird of Providence - Will Ever Pray 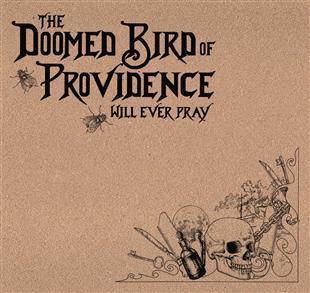 If you want a gentle, easy listen, this album is not for you. However, an album about the problems faced by convicts and early settlers in Australia is not meant to be comforting.
Will Ever Pray is an ambitious project which uses vocals, accordion, ukulele, bass, guitar and fiddle to tell a series of stories in this concept album of two halves. The first half tells the rather gruesome stories of four different characters, while the second deals with a massacre on board a ship called ’The Sea Horse’ and is based on an original broadside.
Mark Kluzek’s raw vocal style brings to life the struggles these people faced, contrasting with the instrumental style, which is mainly much more lyrical.
The ’Massacre’ section of the album begins with a long gentle instrumental, depicting a calm sea, and pleasant start to the journey. In the second track, a song from an old broadsheet begins to tell the story. The broadsheet source is used again in the third track, while the fifth uses the traditional tune to Dives and Lazarus but gives the story a macabre twist. Instrumental passages dominate this part of the album, portraying moods rather than telling the story in detail.
One for the prog-rock end of the folk scene, and something that would work particularly well on stage.

1. On a Moonlit, Ragged Sea
2. The Wild Beast of Goat Island
3. On the Deathbed of Janus Weathercock
4. Fedicia Exine

The Massacre of the Whole of the Passengers and Part of the Crew of the Sea Horse on Her Homeward Passage from Sydney.

The Doomed Bird of Providence discography