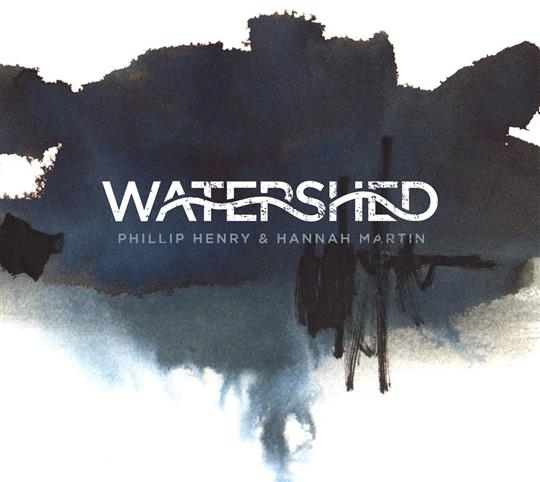 Winners of the Best Duo category at 2014’s BBC Radio 2 Folk Awards, Philip Henry and Hannah Martin continue to go from strength to strength. Leaving behind the people and events from history that populated the pair’s acclaimed last album Mynd, for their third studio album, Watershed, they look closer to home for inspiration. They find it in their own heritage, from foundlings to cotton mill workers, each tied to a theme of destinies shaped by the kind of split-second decisions that everyone can relate to.

Launching directly into the concept with the title track, a rainy climb to Cumbrian fells Lingmoor and Coniston is an effective evocative metaphor for the potentially life-changing forked path choices that we encounter. With a rhythm that reflects the hikers’ footfall, Phillip’s shimmering guitar and swirling harmonica are cleverly interwoven with Hannah’s banjo and Matt Downer’s double bass to reach a climactic finale.

Phillip take over vocal duties on Yarrow Hill, a song about his grandfather Alban Henry, who met Phillip’s grandmother over Chorley’s cotton looms. Cascading violin and James Taylor’s subtle percussion combine perfectly with reminiscent lyrics to bring back the atmosphere of a more simple time, almost seeping smoke from the coal that powered the machines.

Delving further into family history, Foundling is the first of two songs about abandoned children, but there’s a sense of hope amongst the mournful dobro, striding bass and glistening vibraphone. The song slides effortlessly into traditional Irish tune Lament before slipping into the eight-minute London, which sees a mother taking a child who she cannot support to the capital city, imagining that there lies a better future. The music behind the heart-rending lyrics builds to a spellbinding, cacophonous wall of sound, only to then fade into an otherworldly passage that carries the listener along on the optimistic journey into the unknown. Hannah’s enthrallingly expressive, lamenting fiddle closes the song, leaving behind the mother’s feeling of sadness at the inevitable outcome of her journey.

Released by Dragonfly Roots on 25 September 2015.