The Roving Crows - Up Heaval 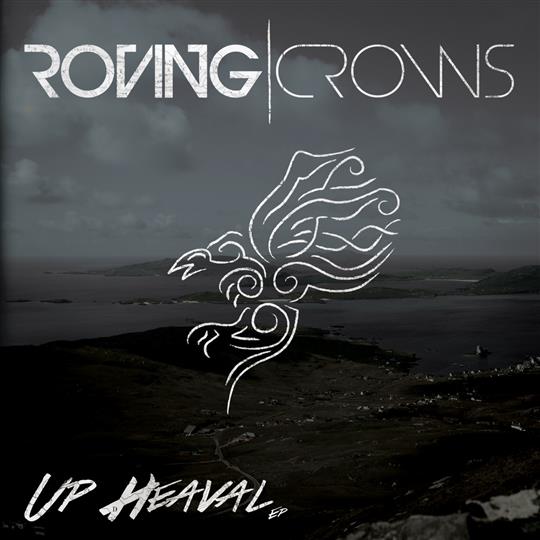 The Up Heaval EP was launched in Gloucester in March at a gig which saw the last time the old line up of The Roving Crows played together. Most recently a five-piece band, only Paul O’Neill (guitars/vocals), Caitlin Barrett (fiddle/vocals) and Loz Shaw (bass/drum programming/vocals) are mentioned on the CD sleeve. However, a new line up is in the offing so the Crows will still be rolling.

The EP contains three new tracks plus reworkings of two songs from their first album, Bacchanalia.

The opening track, Casanova is Burning, is classic Crows, with its bouncy ska-style beat and upbeat chorus. It is this sort of song that makes The Roving Crows such a popular live act. It is followed by Sidetracked, which is more mournful, but still with a strong beat.

The title track is a long instrumental going through several changes of mood with Caitlin’s distinctive fiddle style taking the lead.

The two reworked tracks, Roll on Tomorrow and Brother are quite striking in their new stripped down form. Close harmony vocals feature on both, with an a cappella opening section in the latter adding to the poignancy of the song.

A good EP is one which is a taster of things to come - Up Heaval shows that The Roving Crows have a great future ahead.