Harp & A Monkey - The Victorians 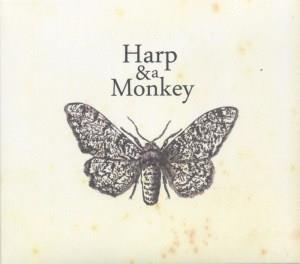 The sleeve notes accompanying The Victorians opens with a call for ballad collectors to adapt, alter, and even rewrite the songs they collect. Harp and a Monkey answer that call to action with gusto. Citing the dueling influences of Ewan MacColl and rave music Harp and a Monkey mix Victorian ballads with more modern electronic influences.

On both A Naked Man In Paradise and Glossop Road Harp and a Monkey combine traditional lyrics with a mix of light percussion and atmospheric sound effects (water for A Naked Man in Paradise and crowd noises on Glossop Road). The combination of minimalist instrumentation, atmospheric sound effects, and narrative lyrics create something not too dissimilar to a podcast or radio play.

When Harp and a Monkey are less conceptual they maintain a basic level of innovation. The minimalism that runs throughout The Victorians allows for innovation without sacrificing authenticity. At some point in the album it strikes you that when these tracks were contemporary, not traditional, they didn’t sound like this, but they probably felt like this.

If Harp and a Monkey prove one thing it is that innovation doesn’t have to suck the soul out of these songs. The Calico Printer and Ten Shilling Wife are utterly charming. Emotional complexity is supplied through the darker The Jolly Grinder and earnest The Returned Convict.

The titular track Victorians with lyrics written by Harp and a Monkey comes late but is effective in bringing the album to a thematic conclusion both musically and in subject matter.

The downfall of this conceptual album is that it is limited by its own concept. This is a great rainy Saturday afternoon album while you settle down to do some reading but it’s going to feel lifeless played during the morning rush to get ready for work.

While it may not be everybody’s cup of tea Harp and a Monkey deserve praise for an adventurous and inventive album that demonstrates a respect for the source material. 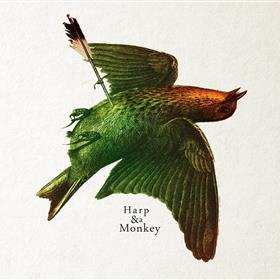