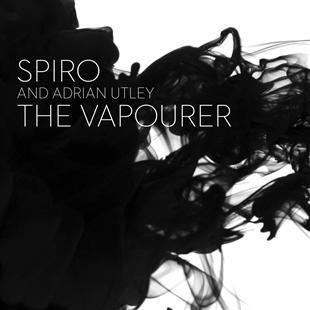 The Vapourer is the new and undeniably exciting release from the musical masterminds, Spiro. The group has collaborated with Portishead’s Adrian Utley who has recorded two of the tracks using Moog synthesizers.

The EP stays loyal to previous albums, demonstrating once again the group’s very distinctive style and response to traditional music. However, each of the six tracks appears to see the musicians being lured slightly further away from the idea of folk that we are perhaps accustomed to. The use and influence of different musical genres such as classical and house, as well as the techniques we would associate with them, is prominent throughout. The result is a sound and an experience that is truly exhilarating.

Spiro - at a glance - may be said to hold the standard model of traditional music in high esteem. The quartet - Jane Harbour (violin), Alex Vann (mandolin), Jason Sparkes (accordion) and Jon Hunt (acoustic guitar) - utilise instruments with which we are familiar and the basis for their work comes predominantly from English tunes. But what is so interesting is the band’s ability to see past the standard format and consider how else this music can be interpreted and presented. Their vision appears to be ever so slightly more futuristic than we were expecting. Loops and riffs along with a general nod towards dance music is a definitive feature of their music along with a permanent and driving rhythm and energy.

The EP includes three live tracks which prove the success of taking old tunes and moulding them around a more modern template. The compositions do not follow recognisable patterns or forms. Instead, the listener must trust the group to deliver them safely to the end of each piece, as the chances are they will lose themselves between layers of sounds and musical ideas that cannot initially be followed.

The two tracks listed as ’Moog Versions’ (We Will be Absorbed and The Vapourer) are an interesting addition to the EP. The use of this technology sees Spiro’s music undergoing a transformation whereby there are few boundaries with regards to timbre, sounds and effects - many of which would be hard to achieve with the four instruments alone. It is a sound that the listener may take some time tuning into, but has the potential to transport the listener off to fantastical settings and encourage them to embrace what is not usually the norm within the traditional music scene.

Instruments work and blend together but take slightly alternative routes before reaching the end point and never draw attention to themselves individually, instead playing as if they were delivering the entire piece alone. Every note, every beat has its own place - the precision with which they are played and the subsequent fascinating relationship between all of the different elements and instruments gives a powerful and overwhelming effect.

The Vapourer: very much an all-dancing affair. Minimalistic, hypnotic and brave, it is a taste of folk at it is most creative.