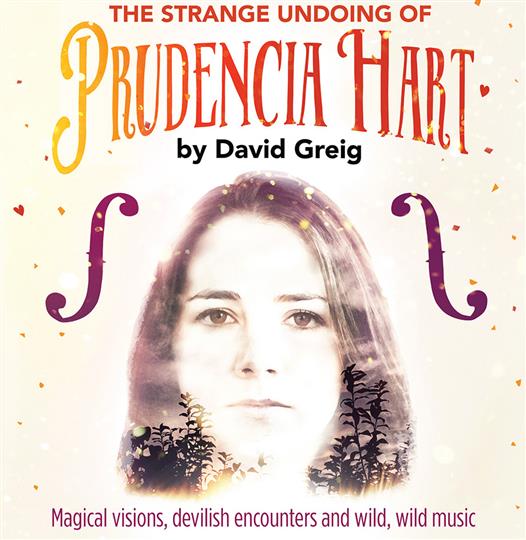 The Strange Undoing of Prudencia Hart is certainly an unusual proposition. Musical theatre has made use of many musical traditions, but until now Scottish folk has rarely, if ever, been one of them.

However, David Greig’s new musical, set in the Scottish borders, makes use of Scottish traditional songs alongside original compositions in the same style by Arran Glass. It is touring the UK in spring 2017, and to accompany this the Eastern Angles Theatre Company has recorded and released a soundtrack album.

The music is a fascinating mixture of well-known Scottish songs and Glass’s innovative compositions. Given the fame of the traditional songs that have been chosen, it was imperative that the vocalists be of the highest calibre, and they certainly don’t disappoint. Elspeth Turner, who sings the title character, is particularly beautiful, but the other voices on the album are excellent as well.

The vocal talents shine on gorgeous renditions of Killiecrankie and Blackwaterside. Perhaps better than either of these, however, is the stunning performance of Robert Burns’ A Red, Red Rose, which is aided by the excellently subtle violin accompaniment from Hannah Howie.

Due to the nature of a soundtrack album, the listener must hear the music without necessarily understanding the show’s plot, and some of the original compositions suffer as a result. Hell, which consists of the singers wailing over a repeated violin pattern, is particularly opaque. However, some of them are brilliant: Pru’s Theme, a solo for the title character, is particularly enchanting. The centrepiece is Just a Game, which is a cleverly crafted and intriguing song split into two parts across the two halves of the album.

The latter part of the album contains two more brilliant non-original songs. The first is Matt McGinn’s Rolling Hills O’the Borders, which gradually builds throughout, adding more complex and engaging harmonies. The other is an optimistic and joyful rendition of The Parting Glass which brings the curtain down on the whole album.

The traditional songs on this album are excellent, and the compositions are fascinating, if sometimes a little hard to grasp. This soundtrack album certainly fulfils its purpose, and will undoubtedly put a trip to the theatre to see The Strange Undoing of Prudencia Hart high on your priority list. 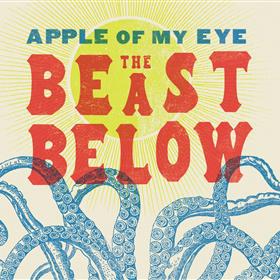 Review
Apple Of My Eye The Beast Below 2016