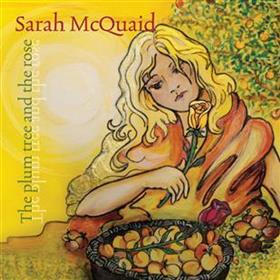 Although of American and Irish descent, Sarah McQuaid has produced an album which is dripping with Englishness. Self-penned songs inspired by English people and places (Bess of Hardwick, Derby Cathedral, Kenilworth) sit alongside Elizabethan classics by John Dowland (Can She Excuse My Wrongs) and Thomas Ravenscroft (New Oysters New - a collection of street cries).

Sarah ties her own songs neatly to the Elizabethan ones by the use of canons in several songs, which balance the Ravenscroft beautifully. One comes at the end of Derby Cathedral, while the other, In Gratitude I Sing, is a track in its own right and finishes the album. Derby Cathedral is also given a south American flavour with the inclusion of some unobtrusive brass.

There are echoes of Joni Mitchell in What Are We Going To Do and The Plum Tree and the Rose both in the style of delivery and musing subject matter.

The Plum Tree and the Rose is a collection of beautiful songs which delight the ear.