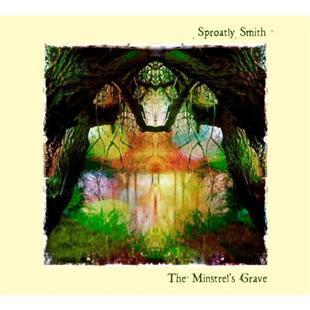 When you receive a CD from the Folk Police stable, you know it’s going to be a little unusual, and Sproatly Smith’s A Minstrel’s Grave is no exception. Named after a village in the East Riding of Yorkshire, Herefordshire-based Sproatly Smith maintain an air of mystery - there are no sleeve notes to tell you about the musicians, the instruments they play or the tracks they perform. What they have produced is less a collection of individual tracks and more a selection of soundscapes with ideas drifting in and out of the foreground.

One feature of the recording is the background noises, some natural, some more industrial in character, reminiscent of The Beatles’ White Album. In fact, the whole album has a very 1960s psychedelic feel to it. The songs (if you can call them that - the vocals form an integral part of the soundscape, rather than being a dominant feature) deal with the natural and the supernatural - witches, mermaids, hares, death and the things that might happen to you if you don’t listen to your mother…

The album opens in an ethereal manner with My Mother Said, a very simple melody, with minimal accompaniment and strange noises seeming to dip in and out of the song. As with the rest of the album, this moves seamlessly into second track The Mermaid of Marden which features birdsong, gentle guitar, and more ethereal noises (did I hear a musical saw or a theremin?).

While most of the tracks are original compositions, there are a couple of unusual covers. Maddy Prior’s Fabled Hare is given very unusual treatment, beginning with the kind of distortion sounds familiar in 1970’s science fiction series. The interwoven vocals help to enhance the air of mystery that surrounds the hare. The song is coupled with Alex Harvey’s Isobel Goudie which is fitting as the words of the Fable Hare are based on a spell by this 17th-century Scottish witch.

After the peaceful atmosphere generated up to that point on the album, Elysium takes the listener by surprise with the spoken spelling of the band’s name at the beginning, developing into a Pink Floyd-esque instrumental, and including some heavy rock guitar. Peace is restored with the final title track of the album however, as it closes with soft vocal harmonies and subtle guitar.

An enjoyable listen and a worthy member of the current “pysch-folk” movement.