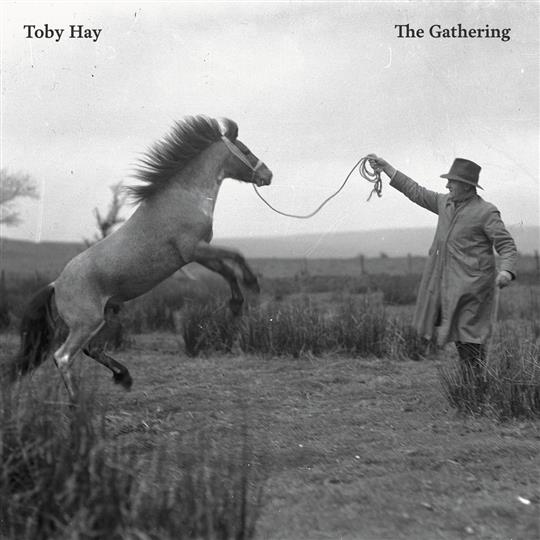 The Gathering, the debut album from Welsh guitarist Toby Hay, is an evocative mix of wistful Americana with a Welsh soul. Everything about it, from the melodies to the artwork to the sleeve notes, has a melancholy, dreamlike air in which it is hard not to lose oneself.

There’s a strong theme that runs through the heart of The Gathering - the tunes which Hay plays are about places and landscapes - not just in the sense of hills and streams, but also particular places at particular moments in time.

All eight tracks are instrumental pieces, but even without knowing the specific context of Hay’s writing and playing, the mood Hay captures, and the feelings they elicit, are carried through regardless.

The opening track, Mayfair at Rhayader 1927 was written based on archive footage of Hay’s hometown of Rhayader in 1927. Listening to the piece there’s of course no way of knowing that, but nevertheless there’s a sense of longing for something that’s familiar, and yet distant at the same time. The ease with which Hay conveys that feeling is on the verge of wondrous, and it continues all the way through the album.

Starlings is another good example. Here the context is a bit more obvious. There’s no one aspect of the piece that necessarily represents starlings, no metaphor in the melody that seeks to imitate them. Yet it’s not far into the track before one can practically see a murmuration at sunset. Hay doesn’t try to capture what it sounds like, or translate what it looks like into music, instead he has perfectly put to music how those fantastic aerial acrobatics make him feel.

There’s a lovely quote from the writer Robert MacFarlane in the sleeve notes: “Place, memory, nature, loss and dreamed-of geographies are the subjects of this beautiful music: that gathering of feelings that go by the untranslatable Welsh word hiraeth. There is a sadness at what has gone here, but not a nostalgia. The world’s dew gleams on this music, but the world’s dust swirls through it too.”

That sums The Gathering up well enough. This is not music which amazes you through the artist’s musical virtuosity, but it may stir feelings and memories long forgotten, and leave you weeping without really knowing why.