Simon Mayor - The Art of Mandolin 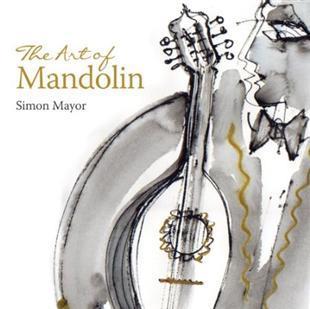 Simon Mayor has long been well established as a master of the Mandolin and its family (Mandola, Mandocello, Mandobass) as not only a musician but as a tutor too, working to spread his grasp of the instrument to others.

His latest album (with the help of Hilary James) delves into the history of the instrument exploring classical pieces of music such as Brahms’ Hungarian Dance No 2, which is often seen on the piano but here is gallantly interpreted onto the mandolin with the highest of efficiency. We also get treated to Chopin and his Minute Waltz showing just Mayor has a strong feel for music and all of its implications, not merely how to pick up mandolin and strum some notes out.

We are also presented with good traditional folk tunes from a variety of backgrounds which ensure that we get to feel the full potential of the instrument. Maple Leaf Rag gives us a bouncy Hungarian folk tune which then contrasts to the French Brezairola, which is a slow and mystical lullaby backing Hilary James’ singing.

Another wonderful highlight is the real blend of cultures we see, not only in intention but in delivery too. Anouman, a tune originally composed by Django Reinhardt, really captures the Indian influences of the tune.

Mayor does include a whole host of his own compositions which stand out from the other tunes and gives us a taste of the variation that he can create as well as play. The Taxi Horn Rag is jolly and playful then there is Contemplation. This latter tune is a very aptly named tune as it is slower, darker almost, and certainly can act as a musical description of that very concept.

You can tell that Simon Mayor is a well established musician and tutor, the variation and thought he put into this album makes it an educational experience even for those who do not play the mandolin or its friends themselves.

Released by Acoustic on 27th January 2014