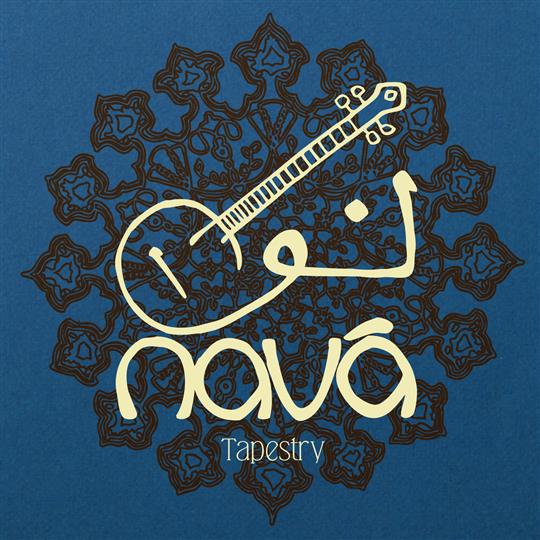 While traditional music can be a way of celebrating the distinctive aspects of the society that produced it, it can also act as a point of comparison between seemingly disparate cultures. The latter is certainly the case with Nava.

Featuring two Iranian brothers based in Dublin and two Irish-born musicians, the band combine traditional Irish and Persian music and instrumentation on Tapestry. Their string-heavy line-up includes Paddy Kiernan on banjo and Shayan Coohe on two of the instrument’s Persian cousins, the tar and the tanbour.

The sound of those instruments meshes well in the hands of two clearly skilled musicians, as in the bright and dense sound of Banish Misfortune or the improvised solos on the frenetic Magic Box. This is complemented by Coohe brother Shahab’s mastery of the santoor, a predecessor of the hammered dulcimer which he uses to create the beguiling textures of his jig-like composition Hess.

Shayan Coohe adds percussion to the mix on daf and tombak. This ranges from the firm pulse underpinning Crossroads of Twilight to the thunderous frame drum that features in the album’s finale, The Persian Connection.

In the Irish derived repertoire, the Persian flavour to the music gives it a distinctive twist, such as the flowing rhythms that go across the beat on traditional reel Comb Your Hair and Curl It. Similarly the resonances of the santoor open up a wider harmonic palette than normally heard in Western European folk music, such as on The Rolling Wave.

Chahar Pare, one of the more overtly Persian selections on the album, sits well alongside its Irish counterparts, the idiosyncratic rhythms and runs up the scale drawing the listener in. Meanwhile The Semuta Jig is an original tune from Kiernan that combines the Irish jig form with Persian-style melodic figures.

Tapestry creates a genial blend of Irish and Persian traditional influences that can wash pleasantly over the listener yet at the same time display the instrumental virtuosity to make a closer listen worthwhile and provide a testament of the power of well played music to cross borders.

Released on CD and digitally on 27 October 2017. Produced by Adrian Hart and Tony Byrne.