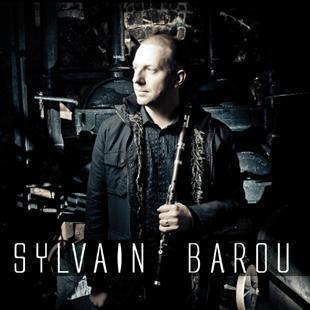 Breton-born flute virtuoso Sylvain Barou has gathered together a plethora of fine musicians from across Europe and beyond to play on his self-titled album.

While Barou’s playing features on all the tracks (as well as flute, he also plays uilleann pipes and biniou kozh - Breton bagpipes), you will hear musicians from countries as far apart as Ireland and Iran. They play a wide variety instruments, from the familiar (fiddle, flute, guitar) to the less well-known (lyra, laouto, oud and santoor to name but a few). This clash of musical styles has been woven together to produce an exciting sound.

Barou’s roots are very much in evidence across the album, Melodie Kozh features the Breton bagpipes after which it is named and Ridees are Breton dance tunes in six time. Here the tunes are given a gentle jazz treatment. JD’s Reels (presumably John Doyle, one of the guest musicians) mark a trip to Ireland with flute, guitar and fiddle.

Half way down the track list is the striking, Esfahan (named after a city in Iran), the longest on the album, beginning with a two minute solo on oud much freer in style than most of the tune sets. The Eastern feel continues when the other instruments are added. Barou’s flute is less prominent here, but still forming an important layer in the music - a masterpiece. We take another trip East (further this time) in Shah Koko Jaan with some fabulous tabla playing.

The dance tunes are played so fast they would be impossible to dance to and this isn’t helped by the syncopated rhythms, but the virtuosity of the playing is outstanding. However, there are occasional moments of calm - the opening of Margaretig for example has a gentler much freer style and Mare Nostrum follows a similar pattern.

This album is a great showcase for Barou’s musicianship across a wide geography of music.

Released on Aremorica Records in 2012