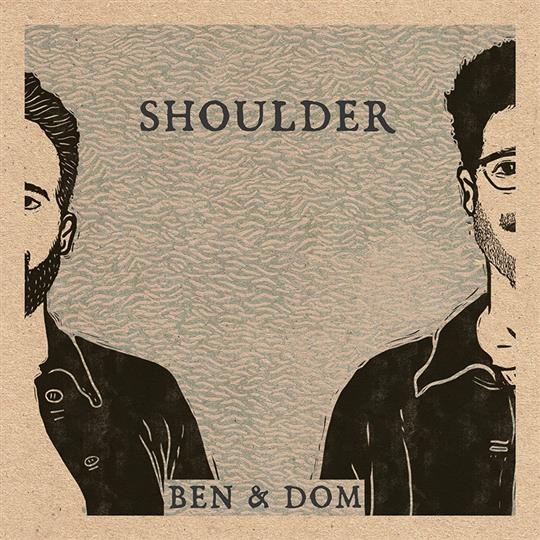 Ben and Dom, namely Ben See and Dominic Stichbury, are an a cappella duo from South London. Shoulder, their debut six track EP, was conceived after interviewing 30 men and is designed to take a modern look at the concept of male beauty, to break down silent barriers and to erase stereotypes.

The intricate blend of their melodic lines is effective as well as fascinating. On the imaginative Crow or in From a Man to Another, a heartfelt message that closes the EP on a high, the listener will be able to grasp their vision of a more open and inclusive world, free from prejudice.

By Your Side can be considered the manifesto of both the duo’s sound and the concept of this release, with its moving lyrics infused with modern poetry and calm atmosphere.

The majority of the time, Ben takes the high notes whilst Dom takes the low notes; but the two voices float around each other, creating dainty and delicate harmonies. These songs are all self-penned, and yet there is a distinct traditional flavour across the entire EP, particularly in the opener Lopsided and in A Beautiful Man.

Indicating the route to a new and better world has always been at the core of folk music. Shoulder proceeds along this direction, taking a sideways perspective into the idea of masculinity itself, a concept that proves to be more complex than what the word suggests.

Ben and Dom manage to encapsulate a wide spectrum of emotions and images with their thoughtful and precise singing, leaving the listener awaiting a full-length album by these two talented artists.