Apple Of My Eye - Seven Tides 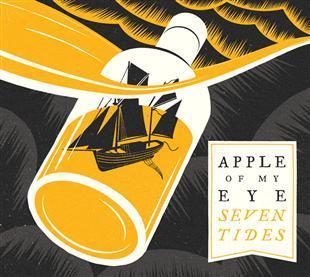 London-based group Apple of My Eye are something rather special. Not only do they write all their own songs (which you could be forgiven for not knowing, they blend so well into the traditional songscape), but their intertwining voices and faultless instrumentation make them a delight to listen to.

It’s clear that a lot of thought went into the selection and ordering of songs. Some tracks seem to become part of others - for example, Lleweht, a haunting and beautiful musical interlude, leads seamlessly in to the rousing Ghosts of the Damned.

As you might expect from a band whose members largely originate from Bristol, songs of the sea are widespread in their work, but no stone is left unturned: war, famine, cats and quiet picnics in the sunshine are just some of the subjects touched upon.

The stories are engaging and well-told, and vary widely in tone - at one end of the spectrum lies Jean-Michel, a comic song about an unfortunate thief whose body has ended up in a chimney and has to be pushed out with a mop.

At the other is the stunning and poignant Burn Sir! Through a question-and-answer format, a man asks about features he remembers from the town he is in, receiving unhelpful answers ("I’m looking for a fruit tree / Do fruit trees grow here? / No, sir / But they used to grow everywhere"). It is not until near the end of the song that it’s revealed that most of the town is burning down by "sir’s" doing, and he must flee to escape the people’s wrath.

It would be unfair to review this album without lingering on the fantastic instrumentation. Bass, guitar, violin, mandolin, bouzouki, glock and harmonica combine for a truly epic sound and the occasional instrumentals and nods to traditional tunes are a pleasant addition.

Seven Tides is a fantastic selection of stories from an accomplished group, and plays beautifully as a whole. If you’re looking for something uplifting, thought-provoking and different in folk music this year, you could do a lot worse than to buy this album. 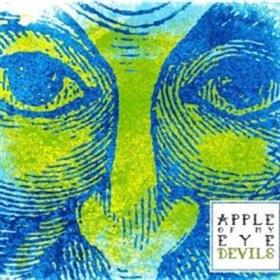 Review
Apple Of My Eye Devils 2012