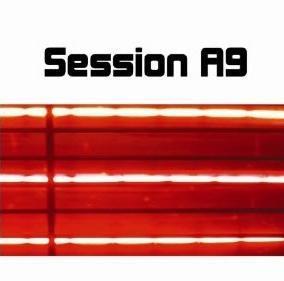 The album opens quietly with a tune set called Wedding Polkas, featuring a thick layer of fiddles (a feature of Session A9’s sound - four of its members are fiddlers) and piano. The pace gradually picks up throughout, and some wordless vocals are introduced to the set but with little change in the overall texture.

There is however, some variety in the style of the tunes chosen: Miller of Dron has the odd “hot club de Paris” moment and Bellydancer (which conjures up images of some frenzied dancing) and Ridee contain some lovely syncopated rhythms. The Birds Have Gone marks a complete change of mood - a very gentle, slightly mournful tune.

The songs on the album include Karine’s Polwart’s Dig a Little Well for Zoe, and Jackson Browne’s These Days. They have been given a rather low-key, “poppy” treatment, in sharp contrast to the much pacier instrumental numbers.

However, tunes are definitely Session A9’s forte, and although the songs do provide some relief from the, at times, relentless fiddling, somehow they seem out of place with the rest of the album.

There is no doubt that the players are very talented, and are certainly having a great time, but one wonders whether being one of the musicians is sometimes more fun than listening to the tunes?