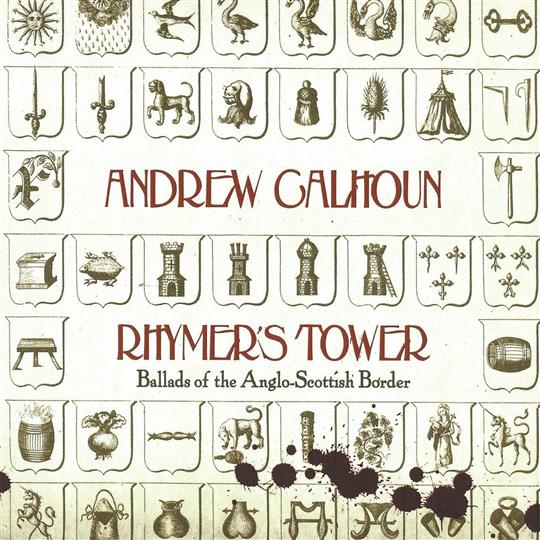 A double CD collection of ballads, played solo and sometimes unaccompanied, may not be to everyone’s taste. But from start to finish, Andrew Calhoun’s deep and resonant vocal tones stand out and can be powerfully engaging.

Hailing from Chicago in the USA, this is Calhoun’s fourteenth album spanning four decades. Covering contemporary folk, spirituals and traditional, his work often pays homage to old folk songs from both sides of the Atlantic and his voice lends itself well to the ballad; a story told in song.

If you have not heard him before, try and imagine a voice almost like Stan Rogers if he had lived to a ripe old age. He lists Bob Dylan, Kris Kristofferson, Etta Baker, Martin Carthy, Joni Mitchell, Ewan MacColl and Leonard Cohen as his early influences and you can hear them in his work.

This collection focuses entirely on traditional material sourced from Scotland and the Scottish/English borders. Each song features lyrics, in English, adapted from traditional sources and all tunes are also traditional bar one; the tune to The Death of Parcy Reed is Calhoun’s own.

Some tracks are familiar, although often to less well known tunes. The album kicks off with The Two Ravens (a song better known as Twa Corbies, although with a very different ending), through Thomas the Rhymer and Flodden Field, and on to The Rose of Yarrow and Hobie Noble. All 15 tracks illustrate Andrew Calhoun’s obvious thoroughness and love of his subject.

Backing the ballads, Calhoun accompanies himself on most tracks with simple, clean and sympathetic finger picking guitar, almost as mellow as his vocals.

Listening to the whole double album in one go may not be for the faint-hearted. Rhymer’s Tower is pleasant and easy listening and to follow each story is rewarding but the longest, Dick o the Broom, stretches to over 16 minutes with little variation from one verse to another. This album feels as much like a catalogue of Andrew Calhoun’s traditional research, delivered through a fine deep voice.

If you enjoy interesting versions of traditional songs, simply and honestly delivered, this album is worth considering as an addition to your collection.

Released on Waterbug/City Hall on 17 March 2017.
Tweaking and mastering by Bruce Roper.

Disc One
1. The Two Ravens
2. Thomas the Rhymer
3. The Battle of Otterburn
4. Flodden Field
5. The Flower of Northumberland
6. Johnny o Cockley’s Well
7. Johnie Armstrong
8. Jamie Telfer in the Fair Dodhead