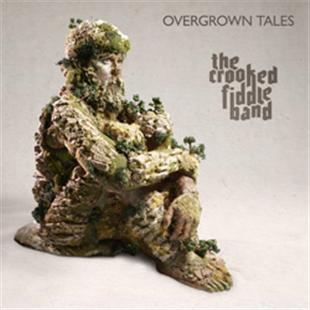 When you hear the opening chords on this album, you might think you’re about to hear a rendition of Saint-Saens’ Danse Macabre but your ears will quickly be put right as some frenzied fiddle playing ensues.

This energy is kept up through the album, driven by the strong percussion. There are occasional quieter interludes in some of the tracks however eg in The Ruination of Junkyard Joe, which ends quietly with a dialogue between double bass and guitar. The second half of Beneath Ash and Ocean has a lovely lyrical passage for the fiddle.

Even though mainly instrumental, each track has a story to tell, be it the tale of a bloodthirsty Hungarian noblewoman (Countess Bathory’s Finishing School for Girls) or a mad scientist making his own Clockwork Bride in a distortion of the Coppélia story !

Over Hill and Under Hill (which features the Swedish nyckelharpa) has a Tudor feel to it and tells the tale of a journey, inspired by The Hobbit. The final track is an epic 14 minutes long, and describes a developing storm, even including the sound of snow being shovelled!

Eastern and Northern Europe seem to feature heavily in the influences and subject matter, and yet The Crooked Fiddle Band hail from Australia.

With only eight tracks on the album, you might be worried it’s a little on the short side, but with the final track over 14 minutes long you will certainly get your money’s worth.

1. Countess Bathory’s Finishing School for Girls
2. The Ruination of Junkyard Joe
3. Clockwork Bride
4. All These Pitchforks Make Me Nervous
5. The Mountain Hag’s Advice
6. Beneath Ash and Ocean
7. Over Hill and Under Hill
8. What the Thunder Said