Nick Metcalf - Out of the Ashes 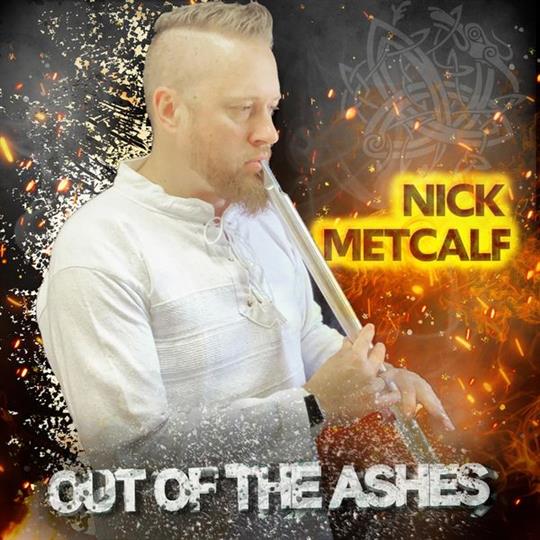 Nick Metcalf’s seventh studio album Out of the Ashes follows in the steps of his previous work in designing pleasantly surprising soundscapes centred on whistles, flutes and uilleann pipes. The line up for this release includes Ben Grossman on hurdy-gurdy and Catriona Lagan, who became all-Ireland champion at the age of 13, on banjo and mandolin.

With these fourteen tracks, the American multi-instrumentalist and instrument maker portrays the tribulations of recent months and delivers a message of hope for a better future. It is possible to spot the concept of this album from the titles, names such as Lament for the Loss, Staying Home or Rise, and from the mood of the tunes.

The listener will find a wide variety of styles, sounds and atmospheres; melancholic and heartfelt self-penned slow airs such as The Storm, written in memory of Metcalf’s late grandmother, or joyful medleys like jig set Banished.

This is surely not an album for purists of Celtic music, as the attention is more drawn on the emotional impact of the tunes and of the arrangements rather than on the ornamentation. Moreover, there is a great range of different and unusual sound combinations thanks to the use of electric guitar, synth and a selection of instruments from outside the British archipelago.

The overall result is an album that flows through alternately epic and hypnotic arrangements that could easily feature in a TV soundtrack. These rapid changes of atmosphere and meditative moments are all inspired by what Metcalf sees as the British Isles’ long history of rising stronger after suffering huge blows, and are intended to offer a glimpse of hope during these turbulent times.

Released by Sunlight Records on 17 March 2021