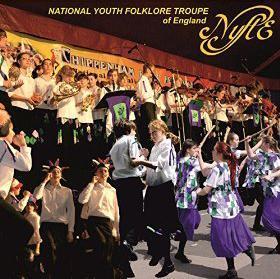 With maybe the clunkiest name in folk, the acronym NYFTE (pronounced Nifty) is a relief!

Formed in 1990 to promote English traditional music and dancing among young people aged 10-18, this is NYFTE’s first recording. More than 30 members of NYFTE contribute to the performances.

With all those instrumentalists, the tune sets inevitably have an orchestral complexity - the Princess Royal, Admiral Benbow, Portsmouth, Jack’s the Lad set is a homage to the Last Night of the Proms favourite Fantasia on British Sea Songs by Henry Wood. The tunes really do dance and you can almost see the sticks and hankies.

The ensemble singing is particularly striking and has all the enthusiasm and joy of the Sacred Harp genre, and it is refreshing to hear singaround favourites such as Thousands or More and Billy Riley sung by pure, young voices. There is also some fine solo singing in the White Cockade, sung as a conversation between a girl and a boy.

NYFTE’s enthusiasm for the English traditional music is obvious in this recording. The group should be very proud of their achievements and one can only hope that this project will instill a lifelong love of folk music in these young people.

Released on Wildgoose Records May 2014.