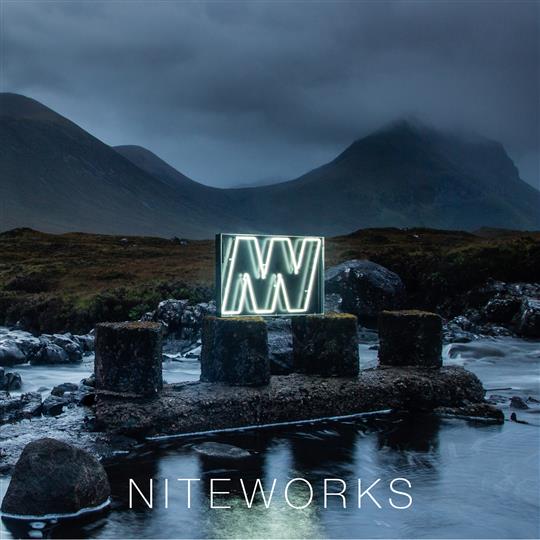 Imagine yourself on the dancefloor of a Glasgow nightclub. A rippling synth line bubbles up, underpinned by a house drum loop. Then after two minutes, the beat drops out and in come the bagpipes.

It’s that sort of melding of club with ceilidh on opener Beul na h-Oidhche that sets the template for the rest of NW. Aiming to make modern music that also reflects their native Skye, Niteworks mix Gaelic songs and trad-style tunes with (mainly) synthesised backing.

What sets them apart from some other folk-electronica (or folk-anything) fusion acts is that Niteworks understand what makes good electronic music. From the changes in texture and rhythm on Eilean to the evolving tones and timbres on Beul na h-Oidhche, there’s progression and variation as much as repetition at work in each track.

The folk elements sit comfortably within this, with Taobh Abhainn matching Waulking song rhythms with four-square house drums. Meanwhile Obair Oidhche uses a forthright backbeat underneath a pipe jig that keeps enough of its natural lilt to still be eminently danceable, either in front of a caller or a DJ booth.

NW also makes good use of spoken word samples. One particular highlight is Somhairle, which features Hebridean poet Sorley MacLean describing the "bitter legacy" of the Highland clearances and the tragic consequences for Gaelic culture.

Whilst the songs and tunes don’t feel bolted on to the synthesised backing, it would perhaps be nice to see more of the vocals and pipe playing being chopped up, processed and integrated into the fabric of the tracks, as with the stabbed vowels on Maraiche. This is perhaps the one respect in which the arrangement of the material doesn’t quite measure up to those at the cutting edge of house and electronic music in general.

That said, the standard of production on NW is high enough to sound right up to date, without losing sight of the Hebridean history and culture at the heart of the album. Most importantly, Niteworks show that it’s possible to mix folk and modern club music without having to settle for second best in either.