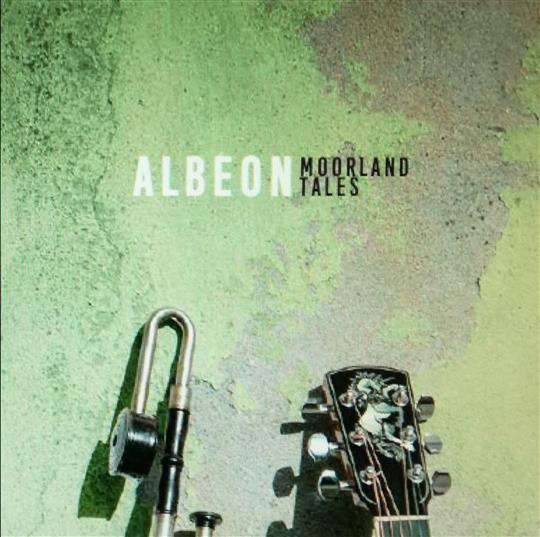 The folk music of the British Isles is spreading its influence around the world. Albeon is a great example of a project deeply rooted in this ancient tradition.

Marcello Rosignoli (guitars, bouzouki, vocals) and Giovanni Davoli (whistles, uilleann pipes, harmonica) are a duo of talented musicians based in Northern Italy, but with a strong connection to the music and the stories of Britain and Ireland. Their debut album Moorland Tales is a collection of eleven tracks; tunes and stories that have passed down through the centuries in the severe moorland scenery of the British Isles.

The album opens with a fresh and evocative arrangement of Bogey’s Bonnie Belle, an ancient Anglo-Scottish traditional song in which Davoli’s stylish whistle playing and Rosignoli’s expressive interpretation weave together for an enchanting start. Jamie Foyers is a song commemorating all the soldiers from the British Isles that fought against Francisco Franco’s troops during the Spanish Civil War. Here Rosignoli’s vocal performance reaches its highest level of romanticism.

The arrangements in which Albeon dress up their songs are self-made, nevertheless they provide an evocative touch to all the tracks. On Otterburn Rosignoli’s delicate voice perfectly entwines with the haunting sound of Davoli’s uilleann pipes, while on the more energetic A Miner’s Life / Miss Monaghan’s Reel the well-known Irish whistle tune sits perfectly in a story inspired by real life.

Just like the graceful blending of their sounds, the individual skills of these musicians shines throughout the entire album creating a distinctive musicianship. The best example of this is Cailin Deas Cruite Na Mbò, a majestic, perhaps epic, slow air on uilleann pipes that immediately takes the listener to the Highland Glens.

In these arrangements, in the bouzouki flat picking, in the finger-style guitar, in the fluid whistle playing and in the exquisite pipe solos, Albeon capture the sound of the open landscapes of the British Isles. In the tales of tragedy and triumph, we hear the redolent timeless beauty of an area that inspired this amazing duo to promote its folk music and to record this forty-six minute patchwork of a unique cultural heritage.

Released on CD on May 1 2019. Produced by Marcello Rosignoli and Giovanni Davoli, recorded at the Rusty Cage Recording Studio, engineered, mixed and mastered by Nicola Caleffi.