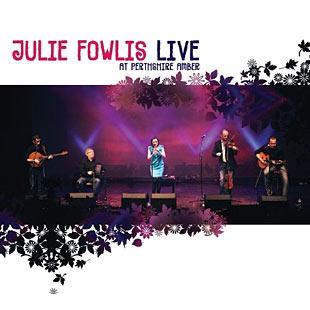 Julie Fowlis’ voice has a rare quality that sparkles live and on her CDs, and here we have the best of both worlds, in a recording of a concert on the first night of Dougie Maclean’s Autumn music festival “Perthshire Amber”.

All but one of the songs are completely in Gaelic but this does not prevent the non-Gaelic speaker from appreciating the beauty of the songs. Indeed, the language seems to give the songs a mysterious, other-worldly quality.

The only tracks with English titles are the tunes, although one is coupled with a “puirt-a-beul set” - in which the tunes are sung.

The opening song, a completely unaccompanied solo, is a striking way to begin, and sets the tone for the magic that is to follow. Many of the songs have intricate instrumental interludes and Julie’s singing moves seamlessly into these. Her whistle playing even seems to echo her singing style.

The songs are a mixture of traditional and original material and include a Breton song, and the Beatles’ “Blackbird” translated into Gaelic.

The final “bonus” track on the album is Pabay Mor, composed by Dougie Maclean, and he comes to the stage to perform it with Julie and her band. He sings in English, and she in Gaelic of course!