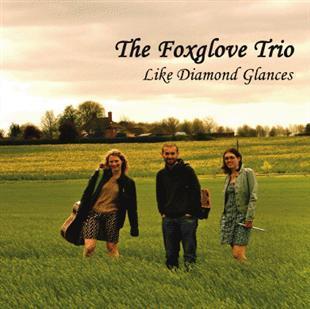 The EP begins with Newry Town, a gentle tale of a man who earns his living by robbing on the King’s highway. The song has a simple guitar accompaniment while the whistle links the verses. Betsy Bell and Mary Grey is a very lively interpretation of the tragic tale of two women who tried (and failed) to avoid the plague. The CD’s title comes from this song. The jolly mood continues with an Irish jig ending the track.

The two songs in Welsh have contrasting themes - in Cariad Cyntaf (First Love) a man declares his love for a girl. It starts rather mournfully on the cello but the melodeon joins in and the mood lifts. Bugeilio’r Gwenith Gwyn (Watching the White Wheat) is a sad tale of unrequited love, beautifully accompanied by the guitar and cello.

Bonny Blue Bell again uses the guitar and cello but in a much livelier song of a 16 year old girl, desperate to marry, and an older man who thinks she’s too young. Some nice harmonies appear in the chorus.

It is very encouraging to hear some Welsh language folk songs at a time when Gaelic singing is very much de rigeur. Like Diamond Glances is a promising debut from three talented musicians.