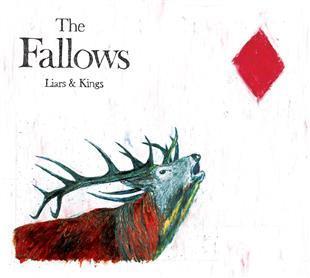 Liars and Kings is their second album, and right from the opening track (which also gives the album its title), the music is infused with an energy comparable to that of the Levellers.

The titular song is driven along by a dominant drum beat and this high energy, percussion-heavy sound seems to be the signature sound of the band, with half of the tracks on the album being arranged in a similar way. I’ll Let You Know[ and Cast the First Stone fit into this category, while Red varies the sound by including some fine harmony singing.

English Winter has a more orchestral feel with its string parts, while Red has a tango beat, even including some French lyrics for good measure. Kerry Girl is a gentle love song, with a lilting acoustic guitar accompaniment.

The album ends with Stamping Their Feet which alternates between a lyrical piano accompaniment and driving strings. This time the percussion is only heard in the chorus and is less over-powering than on some of the other tracks.

An album with plenty of energy and talent but which would benefit from a little more variety in sound.