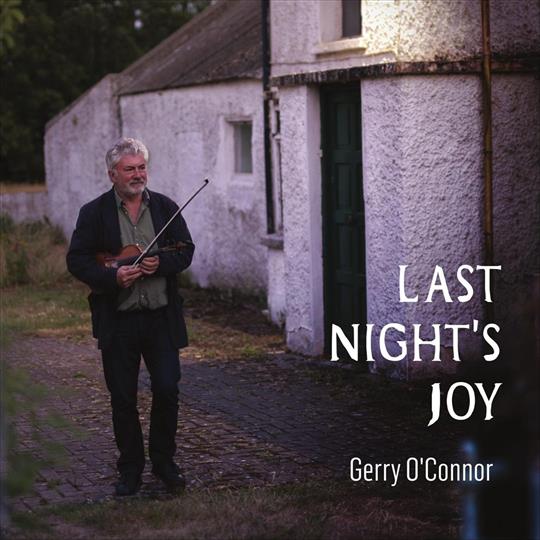 Acclaimed County Louth musician Gerry ’Fiddle’ O’Connor is a fourth-generation fiddle-player, has several decades of playing behind him and has worked with Irish folk outfits Lá Lugh and Skylark, releasing albums with both, besides a range of other collaborations. Last Night’s Joy is O’Connor’s second solo album, following up 2004’s Journeyman.

Across the album’s eleven instrumental tracks O’Connor displays his incredible versatility and virtuosity. The majority of the tunes forming each set are traditional, although there are a handful that have been composed in more modern times. Together, they each take us on a journey through a wonderfully spirited mix of styles, tempos, moods and emotions.

Meticulously sourced, the detailed sleeve-notes for Last Night’s Joy give a fascinating insight into the background to each of the tunes, The listener is therefore provided with little gems like the following, for the delicious tune-set The Old Dash Churn: “The collector Brendan Breathnach recorded County Louth fiddler Peter McArdle in Mark McLoughlin’s Bar in Dundalk in 1971. Apparently, due to time and resource constraints, he asked Peter to play only his more unusual tunes and these double jigs were learned from that recording.”

The haunting Bádaí na Scadáín with gentle piano accompaniment from O’Connor’s son Dónal, originates from the song of the same name telling the story of a father searching for his three fisherman sons lost at sea. Even without words none of the sadness is lost in this beautiful, mournful rendition which is one of the album’s real highlights.

Along with O’Connor’s son, the album also features luminaries of the Irish music scene including Séamie O’Dowd, Niall Hanna, Neil Martin and Seán Óg Graham among others. O’Connor’s namesake Gerry ’Banjo’ O’Connor also appears on one track, the punningly titled StereO Connor, for a set of gloriously energetic American polkas.

Anyone with a love for Irish traditional music and for vibrant, expressive fiddle-playing will, indeed, find this album a joy.

Released on Lughnasa Music on 1 October 2018 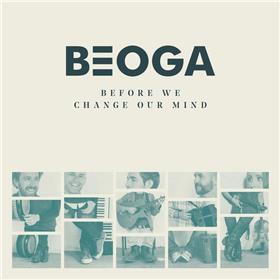 Review
Beoga Before We Change Our Mind 2016