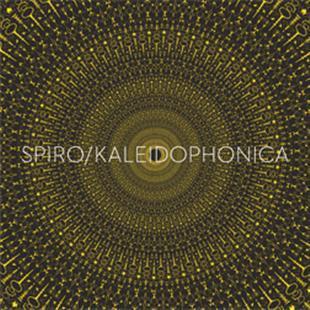 Spiro’s latest album sees the band return with more of their unstoppable music-making, weaving around themes with incredible dexterity and musical intelligence.

At 14 tracks Kaleidophonica provides the listener with plenty of the careful constructions and unrelenting rhythm that are the hallmarks of the Spiro sound. Often sounding larger than the four members, the sound is a choreographed dance of music, all executed with immense skill and precision, made even more impressive by the fact that the album was recorded live without any overdubbing.

Spiro create a very dense sound, and one that feeds off classical notions of variations on a theme to conjure up music that sits somewhere between folk, classical and dance music. It can either grab you and make you pay attention, or can flow over and around you as you listen passively.

Rose Engine is particularly beautiful and serene, containing the traditional tune The Weavers Hornpipe, and seeing the accordion come to the fore whilst the violin takes turns at repeating riffs. Aerodrome is a particularly cheery tune and my favourite on the album, whilst Softly Robin provides the one moment for calm reflection on an otherwise fast-paced record.

Spiro’s music is not always the most accessible on first listening, and in some ways they could be seen as musicians’ musicians, as with an understanding of musical forms comes a greater appreciation of much of what they do. However, for any listener, Spiro are a unique band offering something not found elsewhere on the music scene today. To be intrigued, entertained and maybe even challenged, listen to Kaleidophonica.