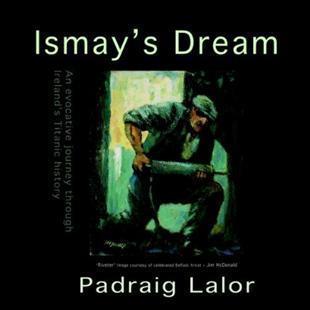 Padraig Lalor’s debut album is a timely release with the centenary of the Titanic disaster coming up in April 2012. Lalor is based in Belfast and obviously takes a keen interest in the history of his part of the country. He provides vocals on all but one track and is accompanied by various combinations of acoustic and bass guitar, piano, drums, percussion, violins, viola, whistles and accordion.

The songs on the album focus on different characters in Belfast, who were associated with the Titanic in various ways - those who built her, those who sailed on her, and those left behind. The songs are all original, but with a quintessentially Irish feel to them.

The opening tracks set the scene in Belfast with the Harland and Wolff shipyard where Titanic was built and looking at how important the shipbuilding industry was to the city. 62 Seconds refers to the length of time it took for the ship to be launched before setting out on its disastrous maiden voyage.

Having set the scene the songs start to focus on the people of Belfast, with 1911 Walkout telling of the industrial unrest and how the two main industries - shipbuilding and linen production - supported each other. Individual characters appear too (almost like a musical version of James Joyce’s Dubliners): Molly Brown who helped people escape the sinking ship and did well for herself in America, Jerome Burke who left a farewell message to his family in a bottle which found its way back to his home village.

Ismay himself puts in an appearance too - ie J Bruce Ismay of the White Star Line, whose dream was to build the biggest liners of their time. One particularly moving song is Close Your Eyes - sung by Lowri Evans - a lullaby sung by a mother to her child as they are about to drown. And of course, an album of songs about the Titanic has to end with Nearer my God to Thee.

While the style of singing may not be to everyone’s taste, this is an album of well-written songs which is bound to appeal to those with an interest in the Titanic.