Storywheel - I Crossed the Sea 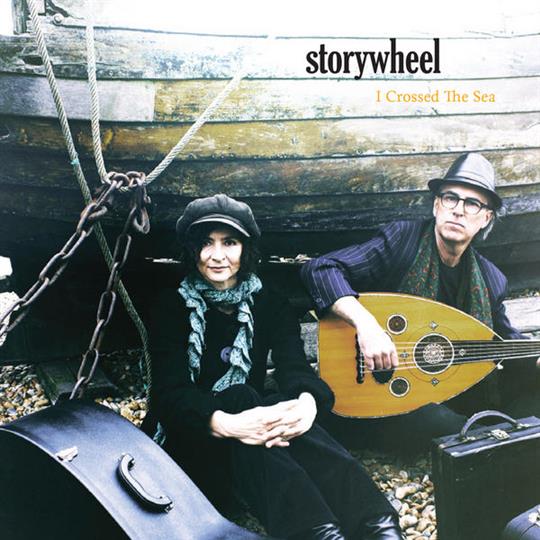 Storywheel is a duo of consisting of singer songwriters Patricia de Mayo and Keith Clouston.
Both are oud players. This Middle-Eastern cousin of the lute has a distinctive sound which is used to full advantage on this interesting EP which covers different types of journey.

The EP begins with its title track, a traditional song called I Crossed the Sea. The driving rhythm of the ouds are enhanced by a string section giving the song a mysterious quality.

The duo then branch out with one of their own compositions, The Welcome Sailor, which could almost be a sequel to the opening track. A capella vocal passages alternate with intricate passages on the oud. A very simple and effective arrangement.

The Ballad of Lampedusa is another original song, and is particularly topical. It tells the story of a boat carrying refugees from Libya capsizing in the Mediterranean. The simple storytelling style of unison singing focuses the ear on the story itself while accompaniment adds atmosphere. The song ends a capella in a stark manner as the hopeful journey ends in tragedy.

The EP ends with an instrumental, Nomad (Birds of Passage). It is a hypnotic, lilting tune, conjuring up pictures of heat haze and a camel train moving through the desert.

This unusual fusion of the English song tradition and Middle-Eastern rhythms produces a hypnotic and relaxing sound.

1. I Crossed the Sea
2. The Welcome Sailor
3. The Ballad of Lampedusa
4. Nomad (Birds of Passage)