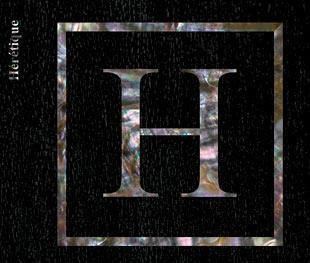 In what might be a nod to the Bonzo Dog Doodah Band The opening and closing tracks are respectively “The Intro” and “The Outro”. “The Intro” is a snatch French café atmosphere, with obligatory accordion and an odd voice over, delivered in a French accent (of course!) while “The Outro” is an “interview” with Marcel Marceau.

The music begins with a romp of a bourée which will take you by surprise part way though, when a few bars of the theme from 80s TV series “The A Team” suddenly appear, before the bourée returns. There are several other “interlopers” on the album- spotting them all would make an excellent party game.

After the joyous start to the CD, the mood calms down a little with “Enfant d’un pauvre homme/Alen/Cadet Rouselle”, the latter being a satirical French children’s song.

Then we have the beautiful “Ma Belle Copine” on recorder, accompanied subtly by the accordion leading into the drinking song “Tourdion”. This is treated rather delicately with some lovely harmonies, which is rather unexpected considering the subject matter. Strangely, “Tourdion” reprises two tracks later, this time completely a cappella and leads into the gentle “Madrigale de Nimes”

The pace picks up again with “Bourée de plainpieds” and the somewhat unexpected inclusion of the Russian song “Kalinka” sandwiched between two tunes. The lively style seems to fit though.

Cows and sheep appear in “Pleu comme une vache” (part of a French expression, which is the equivalent to the English “raining cats and dogs”) and “Bourée des moutons”. Also included in this track is the English folk song, “Billy Boy” (which has been recorded by both Martin and Eliza Carthy).

The album includes some great tune titles, a personal favourite being, “La pipistrelle dans la confiture” (the bat in the jam). This particular track gives the hurdy gurdy and outing, and includes one of those musical “interlopers” and an excerpt from Monty Python’s “Four Yorkshiremen” sketch, in perfect Yorkshire French!

Some classical music appears on the album too - we have a snippet of the “Libera me” from Fauré’s Requiem towards the end of the CD, accompanied by accordion, and a track called “De Jacht” (Dutch for “The hunt”) which includes some Bach! (The musical interlopers in the “Libera me” track will really take you by surprise).

This album is definitely not for those who take their music seriously.