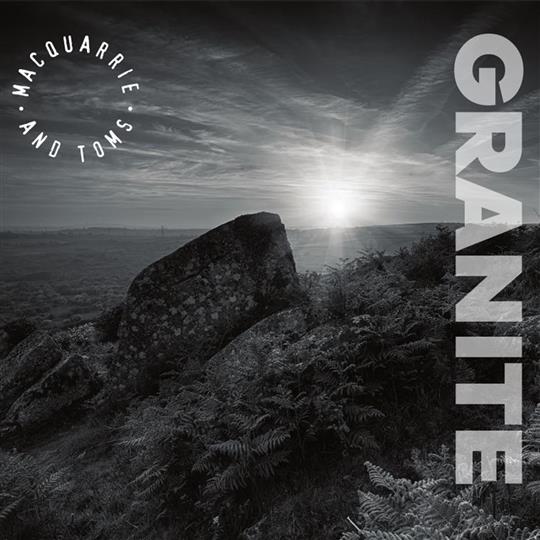 Celtic-Cornish folk duo MacQuarrie and Toms, who have been performing together since 2014, arrive with their second EP Granite. Featuring two songs and four instrumentals it showcases the combined talents of Stuart MacQuarrie on fiddle and Jamie Toms on acoustic guitar.

Sweet Nightingale is a charming rendition of a traditional Cornish folk song. Granite is the Hardest Stone, meanwhile, is the duo’s interpretation of a song by Chris Lethbridge, who wrote a number of songs inspired by the Isles of Scilly.

Dark and brooding, it tells the story of the Scilly naval disaster when four warships and 1,550 sailors lives were lost in a catastrophic night at sea back in 1707. The drone-like tones of an Indian Shruti Box, the beautiful haunting fiddle-playing, and the dark mournful vocals make this the definitive stand-out track.

With the tunes the duo take an inventive and engaging approach, both with their own material like Toms’ Clutterbuck and MacQuarrie’s Bunch of Fives, as well as with their own interpretations of other writers.

The sleeve-notes relate what happened when they approached Will Coleman for permission to use one of his tunes on the EP, We ’ent Goin’ Far. Coleman’s amusingly philosophical response was, “Writing tunes is like having kids - they fly off into the world and have a life of their own (and you just sit at home waiting for the phone call from the police/ambulance/DNA expert).”

Listeners can be reassured that the tunes, whether composed by Coleman or others, do indeed take on a life of their own on Granite but they are far from any sort of disaster.

Inventive musicians with an imaginative and well-chosen set of songs and tunes, there is plenty to like about this EP.