The Rowan Amber Mill - Golden Strings to Tether the Sun 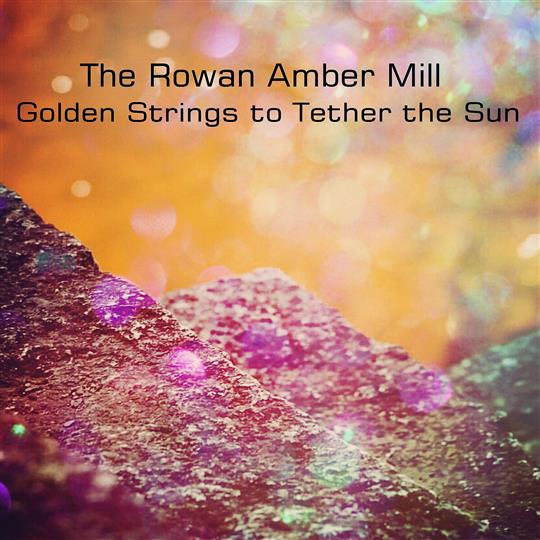 Over the years, The Rowan Amber Mill have treated their fans to a number of different styles and sounds. On their latest album Golden Strings to Tether the Sun, they provide their renditions of some firm favourites from the British Isles, ranging from medieval material to late 20th century songs, all performed on strings, woodwind and synths.

The listener will surely find many familiar songs among the titles on this album, but the arrangements that they are dressed up in could result in a big surprise. This is the case for the band’s take on Bedlam Boys, a very well known song from the early 17th century, and much more meditative than other versions of the same lyrics.

Many of the tracks produce hypnotic and dreamlike atmospheres thanks to the juxtaposition of synths, percussion and woodwind. Take for example the band’s sensitive approach to Three Ravens, a song whose lyrics were first fully recorded in 1611 but whose origin might be a few centuries earlier, or Sandy Denny’s evergreen Bushes and Briars.

There are also more energetic passages like the opening track Blackleg Miner or the antique John Barleycorn, the latter rooted in the early Anglo-Saxon folklore.

Other highlights from this release include a folkadelic take on Hares on the Mountain and an instrumental version of the hauntingly funereal Now the Green in which recorders, keys and synths combine to create a mesmerisingly melancholic effect.

Golden Strings to Tether the Sun is surely not an album for purists of acoustic folk music, but certainly the collective’s passion for traditional music undoubtedly shines through the folk-rock arrangements and the abundant use of synths that characterise these tracks.

These songs are also wisely chosen references to older times when life was in some ways less complicated. A very much appreciated way to escape, even if only for an hour, our uncertain and frenzied modern world.

Released on CD and digitally on 26 September 2020