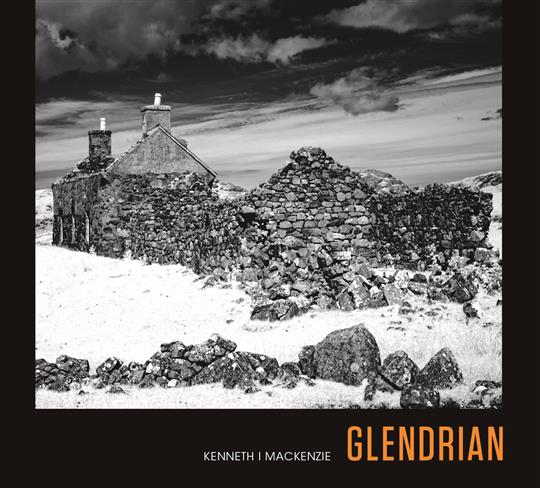 Glendrian is a beautiful album by Kenneth I MacKenzie, but more than that, it is a journey. Ostensibly it is a journey through different types of tunes, with each track featuring one type, such as slow airs, marches, jigs and hornpipes. Yet deeper than this, it depicts a trip through north-west Scotland, from Sanna to Uist.

Most tracks are written by MacKenzie himself, and the piano and accordion playing of Will Marshall is heard throughout. The opening slow air has a luscious soundscape accompanying MacKenzie’s emotional whistle playing.

The second track, a set of two 2/4 Marches, is of a more jovial, upbeat character and displays MacKenzie’s bouncy harmonica playing. He inherited a love for the harmonica from his father, and his skill at employing its versatility becomes apparent in track 6, a slow air called Sunset on Sunart.

MacKenzie’s proficiency on the Highland Pipes is audible in track 4, the jig set. The support from the rest of the band makes this track one to remember, with drum kit from Rory Grindlay, fiddle from Marie Fielding, and some excellent chords on guitar from Tom Oakes (who also plays flute on the album).

Marie MacKenzie’s Welcome to Caberfeidh was written for MacKenzie’s wife when she first visited his family home in Sanna. It is an unusual take on slow airs, becoming nearly orchestral towards the end, and this adds to the emotional impact (not to mention Marshall’s continuously glorious piano playing, and the whistle and pipes from MacKenzie himself).

The title track, Glendrian, is a lament named after a depopulated settlement in the Ardnamurchan peninsula, where people live off the land and the sea but experience hardship and poverty. The Highland pipes perform a poignant lament for the area which has family connections for MacKenzie.

Glendrian evokes a wide range of feelings, the highlight being the soulful, harmonically unusual tracks. But throughout the album it is a delight to hear the talent of MacKenzie as an instrumentalist, composer and arranger.

Released on 11 February 2022 by Caberfeidh Music on CD. Engineered and produced by Garry Boyle.