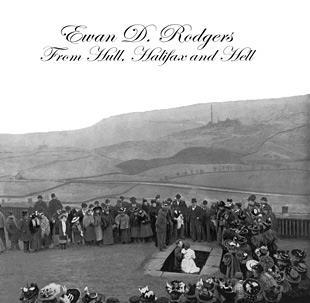 With a title taken from the infamous Thieves’ Litany, which warned of the gruesome fates that awaited lawbreakers in the north of England, From Hull, Halifax and Hell is a less than cheery debut offering from Leeds-born Ewan D Rodgers. Featuring a unique selection of traditional songs this album is a gritty look at working life whose message is still pertinent today.

A modern-day folk song ’The Ballad of Springhill’ tells of the miners trapped in a Nova Scotia coal-mine following an earthquake. Reworked into a duet, the resulting track manages to capture the emotion of the scene back in 1958. A stunning example of the power of two voices simply accompanied by a solo guitar.

Written by John Taylor in the early 1600s, ’The Dalesman’s Litany’ is a damning condemnation of urban living, listing what the protagonist sees as the innate evils of being ’forced to work in town’. And it is from this tirade against the towns and cities of North East England that the album’s title has been taken. Put to the tune of a traditional Canadian ballad, Ewan reinforces the transatlantic vibe, which is present in many of his chosen tracks.

’Pack Your Things and Leave Town Blues’ is the only self-penned track on the album. Continuing the mournful feel, the track brings a modern twist to the stories of change and upheaval, which is present in many, if not all of the other songs. The track acts like a commentary to modern day life, albeit with the added bonus of a catchy guitar line.

This is a challenging album and it would be easy to be overwhelmed by all the mournful and desolate imagery contained within. Nonetheless, there is still beauty despite the grit and while not easy listening if you persevere you’ll discover the overall message is one of strength and dignity.

1. The Castlereagh
2. The State of Arkansas
3. The Ballad of Springhill (with Clare Mosley)
4. Lament for the Death of Owen Roe O’Neill
5. The Dalesman’s Litany
6. Pack Your Things and Leave Town Blues
7. Little Sadie (with Joey Pollock)
8. The Lancer
9. The Bleacher Lassie O’Kelvinhaugh 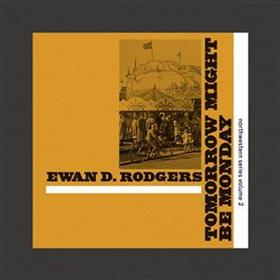